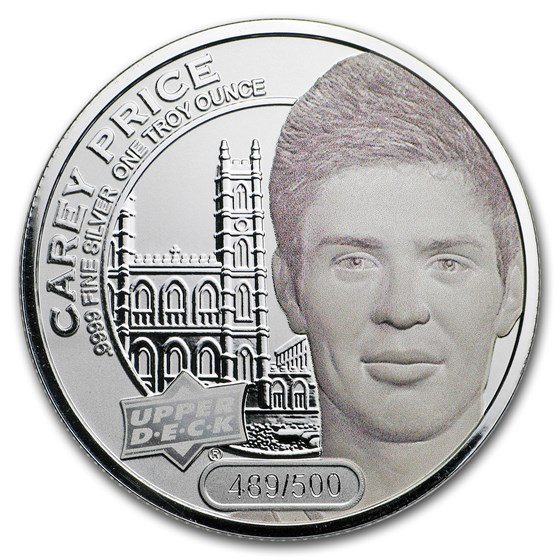 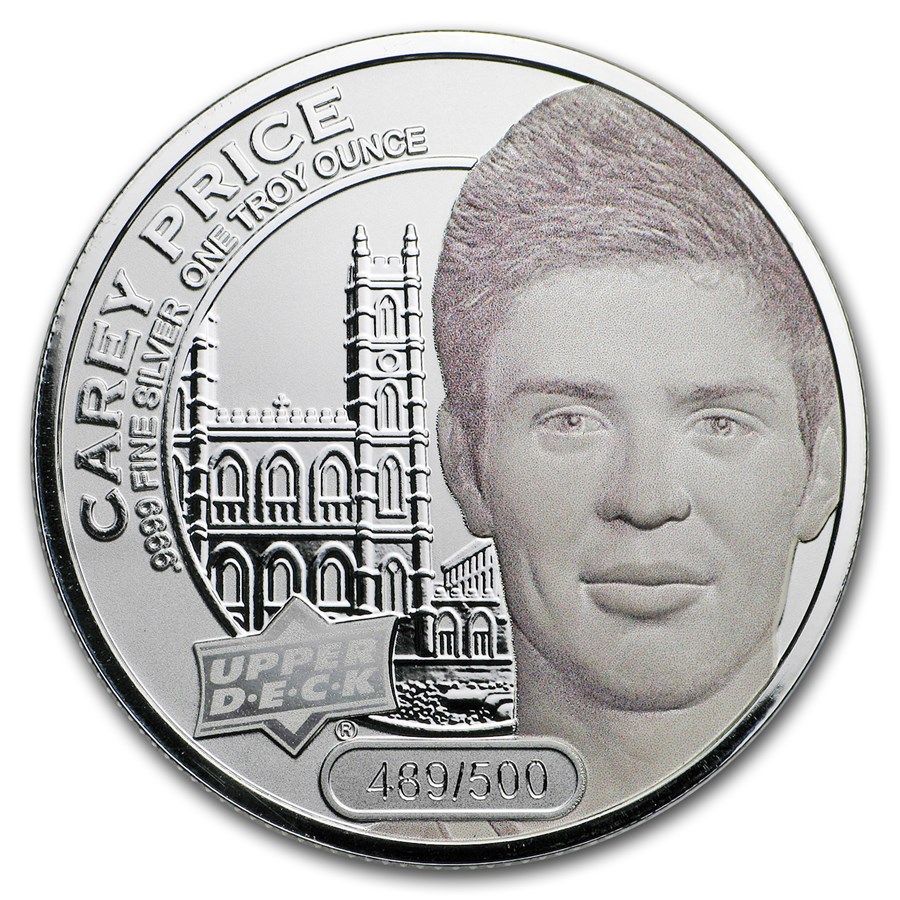 Your purchase is guaranteed to match the quality of the product shown. It will not be this exact item.
Product Details
Product Details
This limited mintage coin is part of a new collectible series by Upper Deck and features iconic National Hockey League players, such as Carey Price.

Carey Price had already been an established goaltender when the 2014-15 season began. The British Columbia native was the unquestioned starter in Montreal and one of the league’s top net minders. But that campaign would be one of epic proportions. Price won a league-best 44 games, also leading the league with a .933 save percentage and a 1.96 goals-against average. It was no surprise when he won the Vezina Trophy as top goalie at the end of the season, but the other awards that came made it truly a historic season. He won the Hart, Jennings and Lindsay trophies to become the first goaltender in league history to win those four awards in the same season. In representing his country, Price helped Team Canada win Gold at the 2014 Winter Olympics and a title at the 2016 World Cup of Hockey.