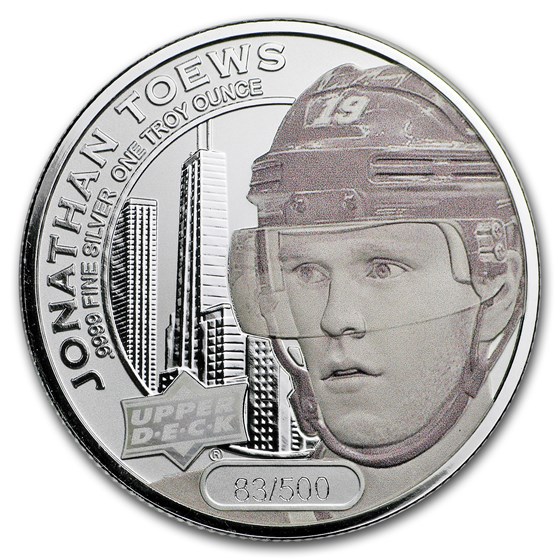 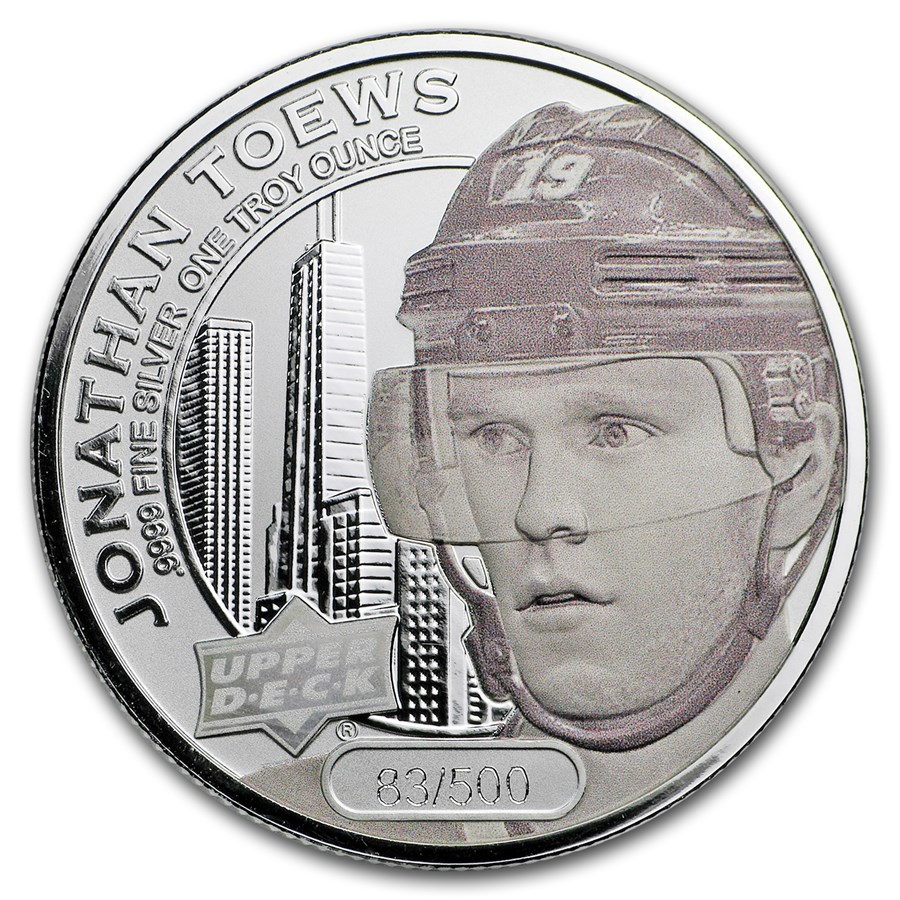 Your purchase is guaranteed to match the quality of the product shown. It will not be this exact item.
Product Details
Product Details
This limited mintage coin is part of a new collectible series by Upper Deck and features iconic National Hockey League players, such as Jonathan Toews.

The Chicago Blackhawks were so impressed with the overall play and burgeoning leadership qualities of Jonathan Toews following his Calder Memorial Trophy-winning rookie season, they made him the second-youngest captain in NHL history. Two years later, the Winnipeg native led the Blackhawks to a Stanley Cup championship. Toews handed out 22 assists in that playoff run. Three years later he led the Blackhawks to another title, and two years after that, he did it again. One of the top defensive forwards in the league, Toews finished in the top six in voting for the Frank J. Selke Trophy for the eighth consecutive season in 2016-17. He won the award in 2013 and four years later was named one of the top 100 Greatest NHL players.