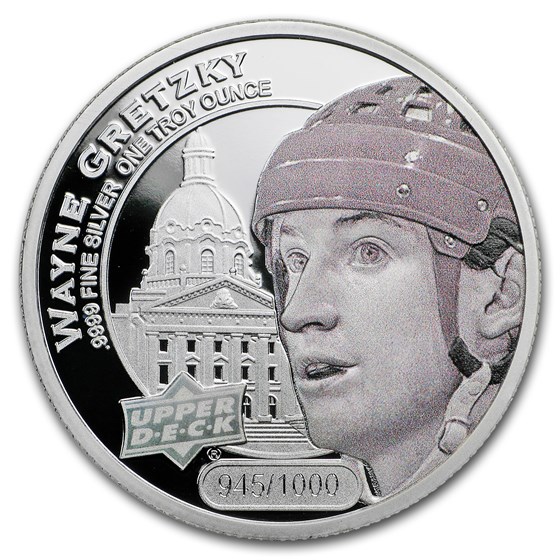 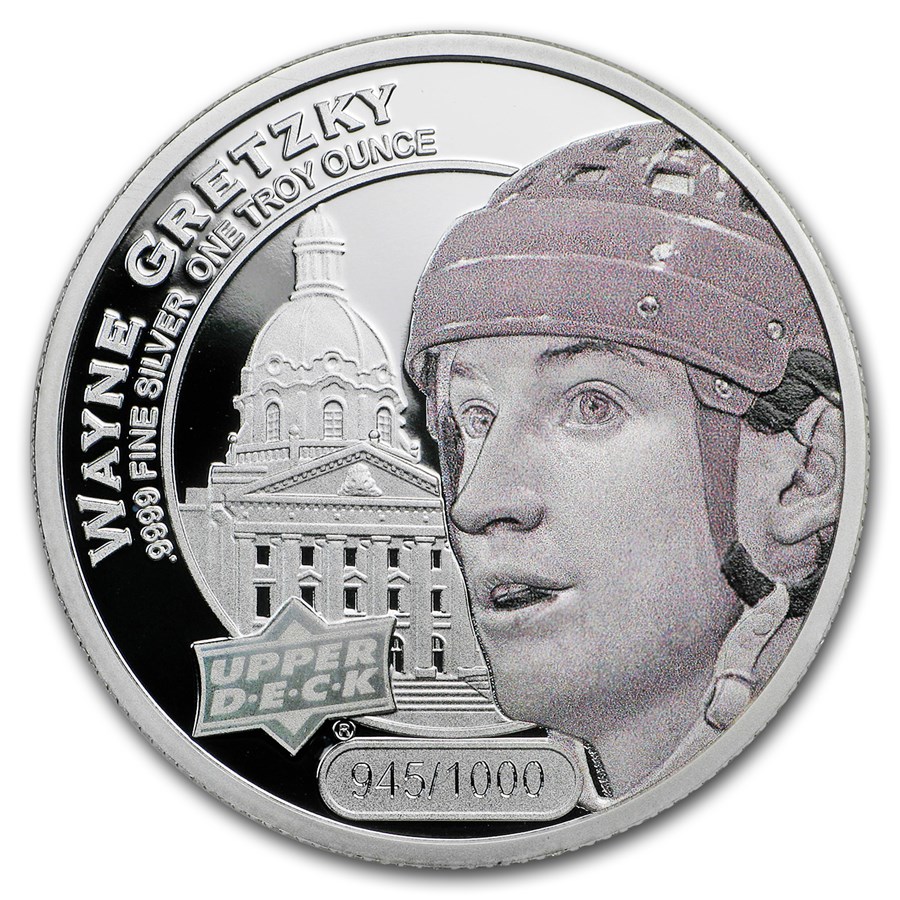 Product Details
Product Details
This limited mintage coin is part of a new collectible series by Upper Deck and features iconic National Hockey League players, such as Wayne Gretzky, AKA "The Great One".

It isn’t enough to call Wayne Gretzky one of the greatest champions of all time. His nickname “The Great One” may not tell the complete story. The truth is Gretzky ranks as one of the most influential athletes in the history of sport. On the ice, he’s the NHL’s all-time leader in goals (894), assists (1,963) and points (2,857) among his 61 league records. He was the centerpiece for four championship teams in Edmonton and almost single-handedly brought hockey to Southern California. Perhaps his most impressive record came in 1981 when he scored 50 goals in 39 games. The 15-time All-Star captured nine Hart Memorial Trophies and 10 Art Ross Trophies among dozens of awards. But the indelible mark he left on the country of Canada, on the world of hockey and on the culture of sport can never be questioned.