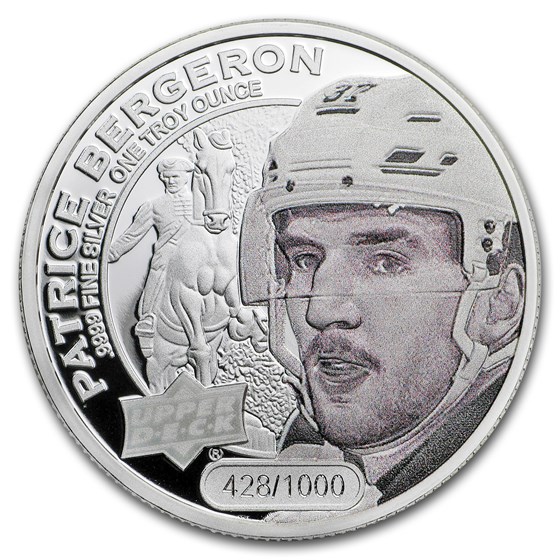 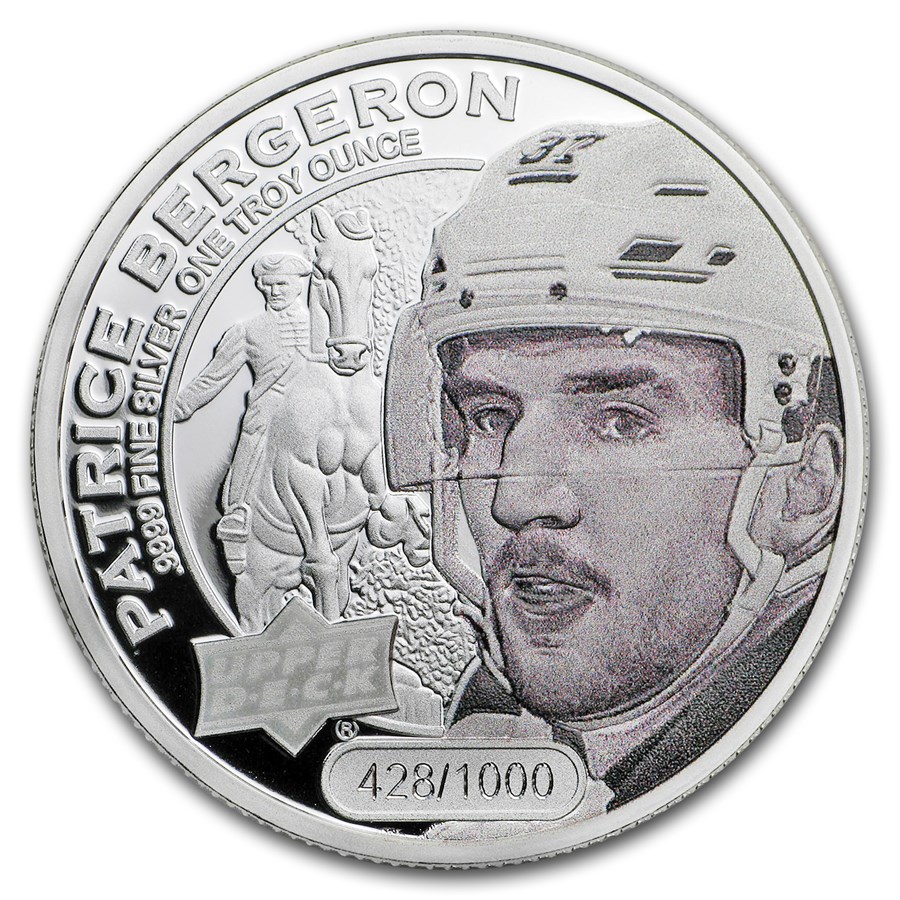 Your purchase is guaranteed to match the quality of the product shown. It will not be this exact item.
Product Details
Product Details
This limited mintage coin is part of a new collectible series by Upper Deck and features iconic National Hockey League players, such as Patrice Bergeron.

NHL forwards are typically pushing the puck up the ice while looking for the best opportunities to put it in the back of the net. Some forwards are more exceptional at defending near their own net. Frank J. Selke Trophy winners are the rare ones that do both at an amazingly high level. Bruins center and Quebec native Patrice Bergeron has captured the Selke Trophy four times following his honor in 2017. He was a key component in the Bruins drive to a Stanley Cup championship in 2011 when he scored 22 goals and added 35 assists. He scored 20 points in the playoff run. The 6-foot-1, 195-pound forward helped Team Canada capture Gold at the 2010 and 2014 Winter Olympics.