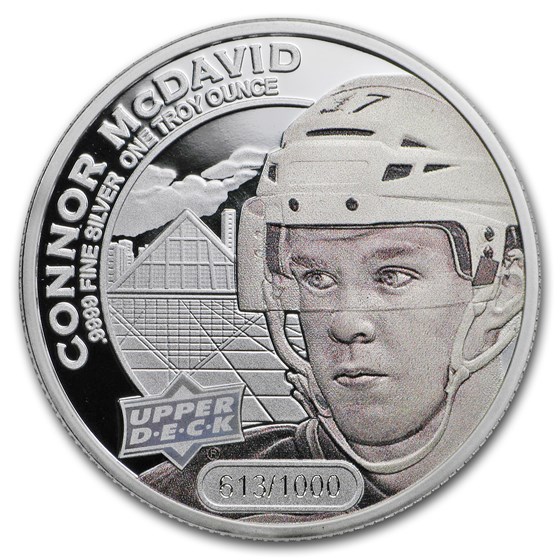 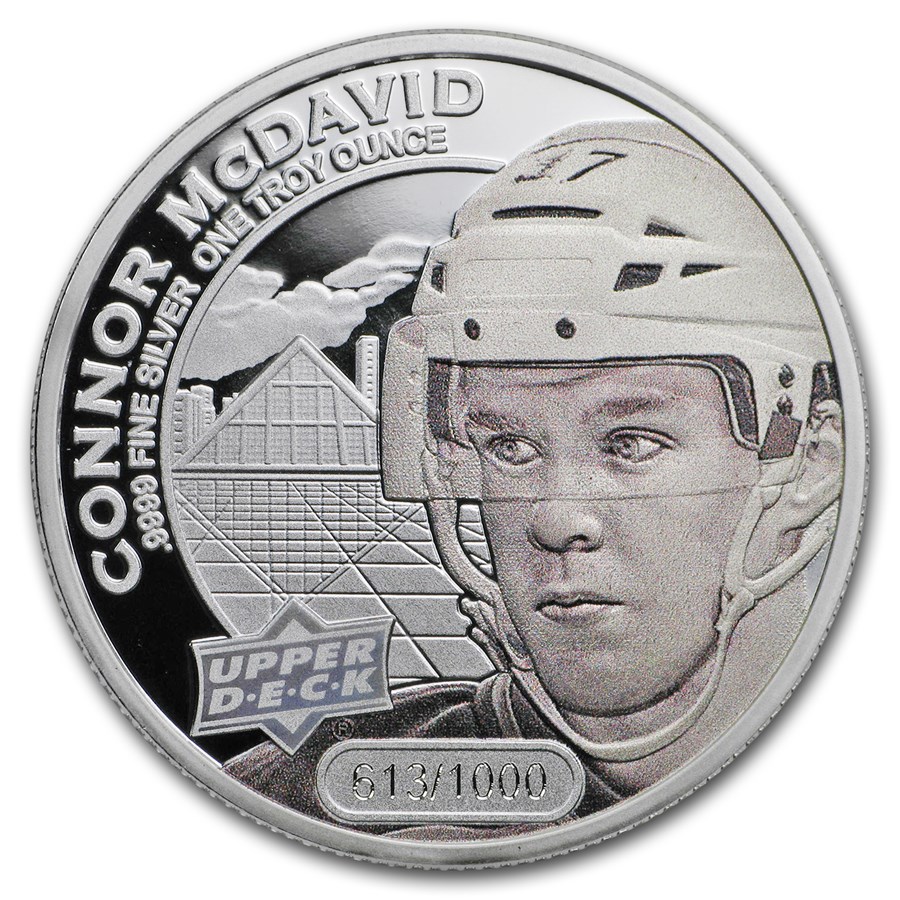 Your purchase is guaranteed to match the quality of the product shown. It will not be this exact item.
Product Details
Product Details
This limited mintage coin is part of a new collectible series by Upper Deck and features iconic National Hockey League players, such as Connor McDavid.

Born in Ontario and raised in the Toronto area, Connor McDavid was always a natural leader on and off the ice. More of a quiet but strong presence, McDavid chooses his words and his actions wisely. He is extremely comfortable with the puck at the end of his stick, unafraid to take calculated risks without putting his team in a bad position. The versatile center was named the youngest team captain in NHL history when the Oilers named him to the position on 10/5/16 at the age of 19. He went on to notch 100 points (30 goals, 70 assists) that season to earn his first Art Ross Trophy as the league’s top scorer. He also earned the Hart Memorial Trophy as the league’s MVP. He helped Team Canada win Gold at the 2016 World Championship.