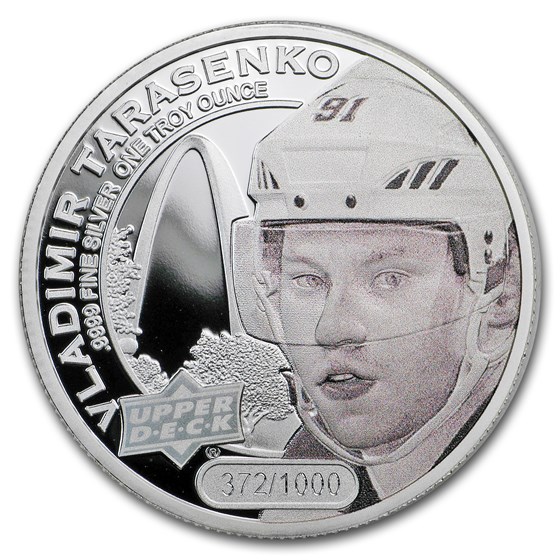 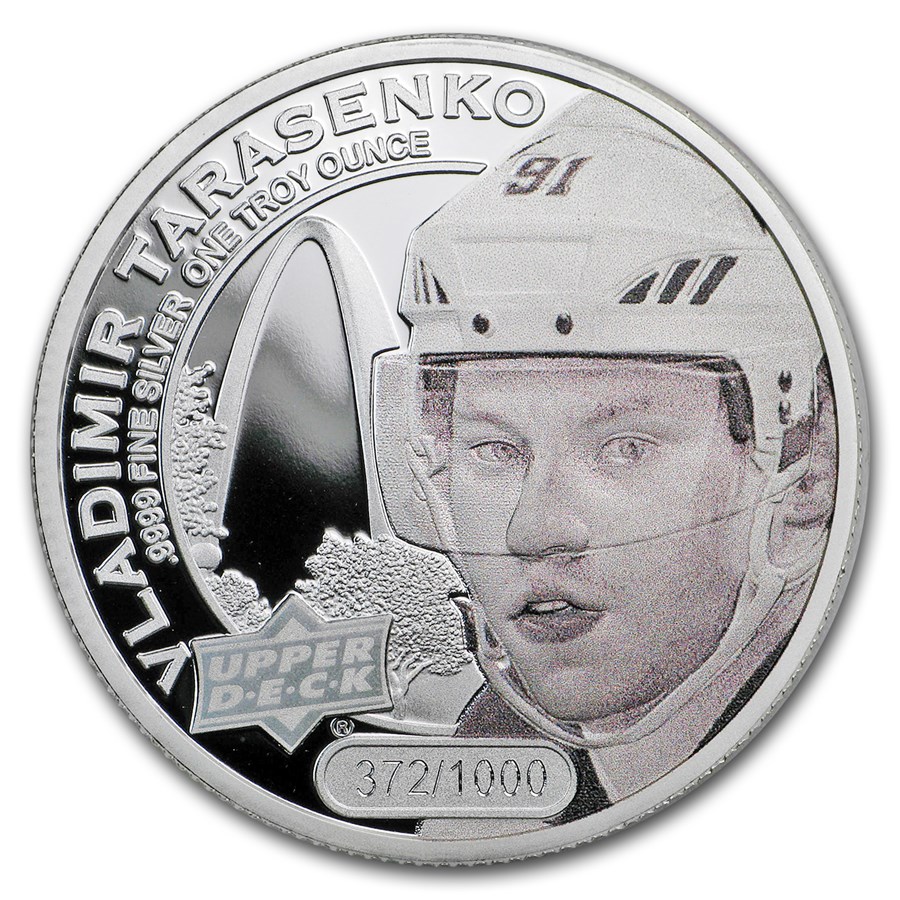 Your purchase is guaranteed to match the quality of the product shown. It will not be this exact item.
Product Details
Product Details
This limited mintage coin is part of a new collectible series by Upper Deck and features iconic National Hockey League players, such as Vladimir Tarasenko.

When Vladimir Tarasenko skated for Team Russia in the 2014 Winter Olympics held in his home country, it came 20 years after his father Andrei did the same thing. A former star in the Russian Superleague, Andrei played for Team Russia in the 1994 Olympic Games in Lillehammer, Norway. Son Vladimir plays right wing just like his father. The 16th overall pick in the 2010 NHL Entry Draft, he has established himself as one of the league’s most consistent scorers and most durable skaters. So far in his career, he has only finished with a negative plus/minus once and that was when he had a -1 in 2016-17. He earned Second Team All-Star Team status following the regular season in back-to-back seasons starting in 2014-15.