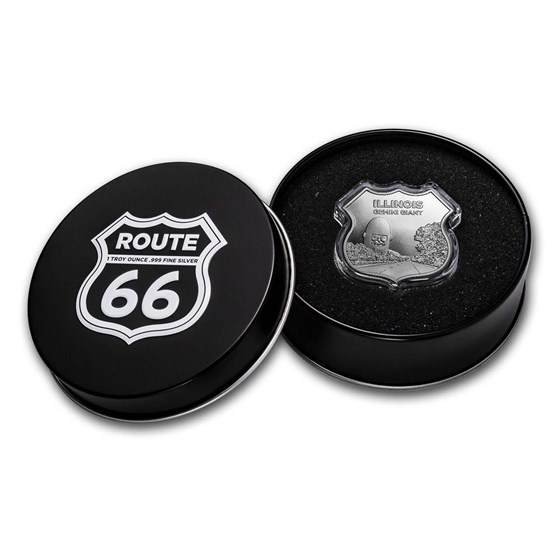 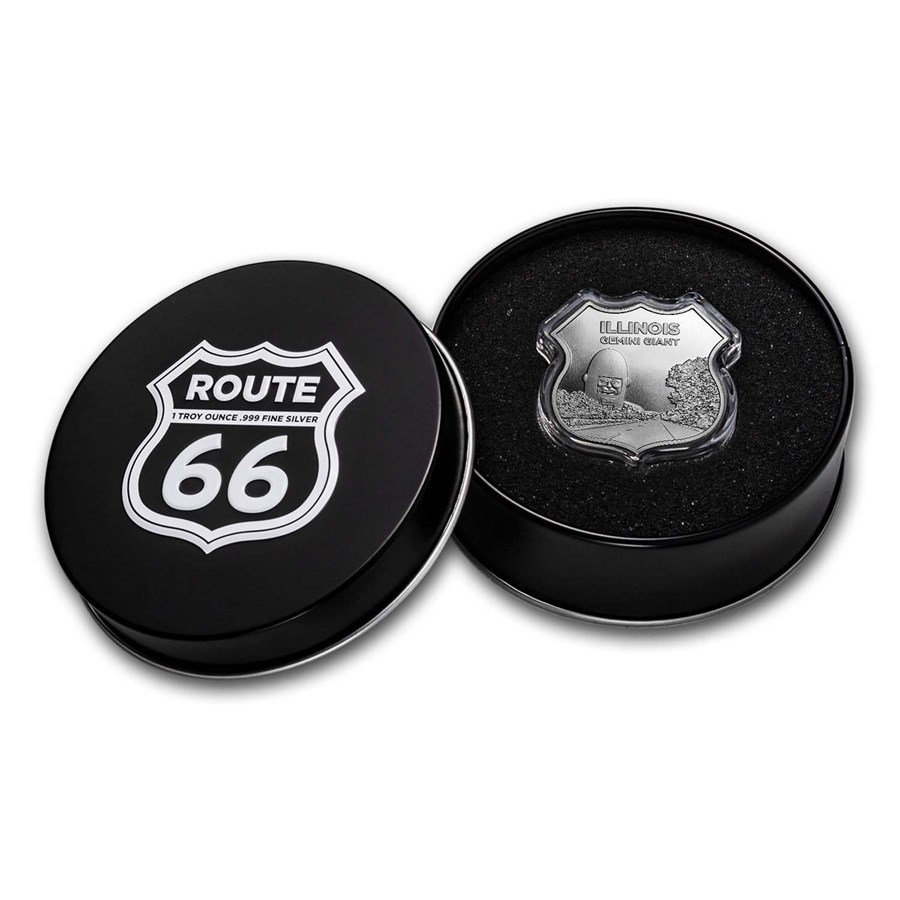 Your purchase will match the quality of the product shown.
Product Details
Product Details
The Icons of Route 66 Series takes customers on a visual journey across the most famous highway in America. Starting in Illinois and ending in California, each shield features a unique landmark from all of the 8 states that Route 66 passes through.

Each highway shield is designed to match the instantly recognizable shape of the Route 66 road sign and includes the highway name. Learn more about the exciting Icons of Route 66 Series today.

Peeking over the lush Illinois landscape, the first Icons of Route 66 release features the recognizable face of the Gemini Giant, which stands outside the Launching Pad restaurant in Wilmington, Illinois. The 30-foot-tall statue is one of many giant “Muffler Man” advertising props found throughout the United States in the 1960s, selling mufflers, hot dogs, axes and more. One of the most photographed attractions along Route 66, the Gemini Giant was named after the Gemini space program and holds a Silver rocket ship while wearing a space helmet that resembles a welding mask.

This first release will be offered as a limited-production run, adding even greater collectible appeal on top of the truly one-of-a-kind design and .999 fine Silver content. Buy the Gemini Giant Silver Highway Shield today and start your own Icons of Route 66 collection.

Formalized on November 11, 1926, the two-lane highway system connected Chicago with Los Angeles, facilitating massive amounts of westward travel that spurred economic growth all along its route.

Dubbed the Mother Road by John Steinbeck in his novel, “The Grapes of Wrath”, the legendary Route 66, one of the first all-weather roads to the west, helped people affected by the Dust Bowl and the Great Depression migrate toward better opportunities in California.

During World War II, Route 66 was crucial to the U.S. military, moving equipment from one industrial center to the next and ultimately overseas. Not long after, the lanes filled with families embarking on road trip vacations. With more than 2,400 diagonal miles to drive through, kicks were abundant for all kinds of travelers.

The passage of the Interstate Highway Act of 1956 meant that Route 66’s days were as numbered as its mile markers. Within 20 years, the historic and landmark-laden highway was replaced with bigger interstates, like 55, 44, 40, 15 and 10.