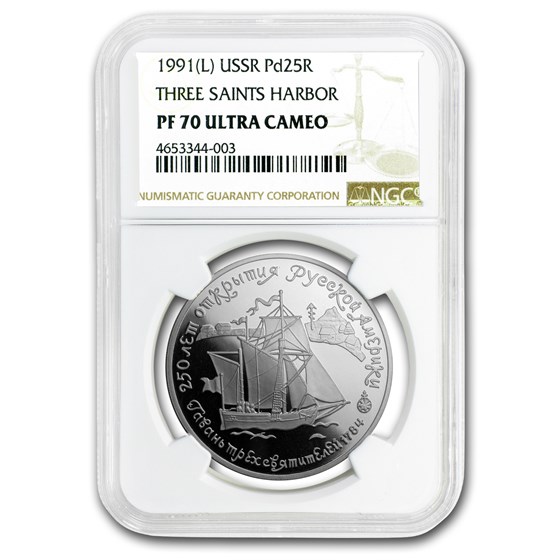 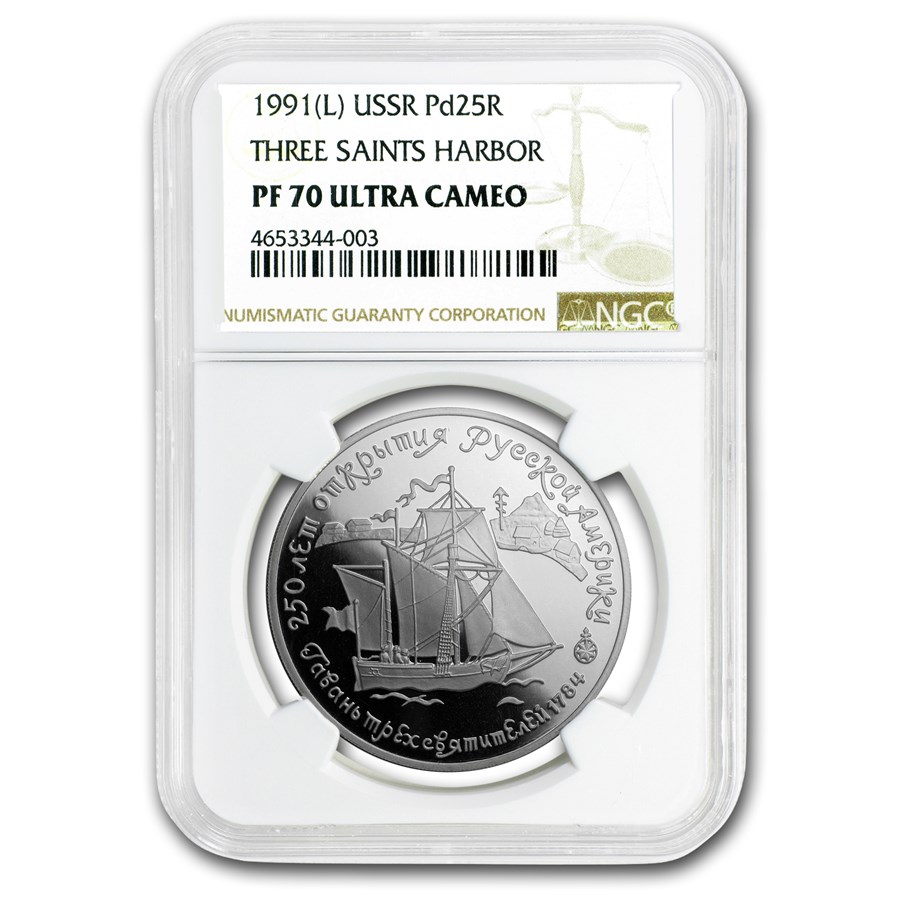 Your purchase will match the quality of the product shown.
Product Details
Product Details
This 1 oz .999 fine Palladium coin commemorates the 250th anniversary of the first Russian settlement in America, located at Three Saints Harbor in what is now Kodiak, Alaska.

Coin Highlights:
Display your Russian Palladium in style by adding a presentation box to your order.