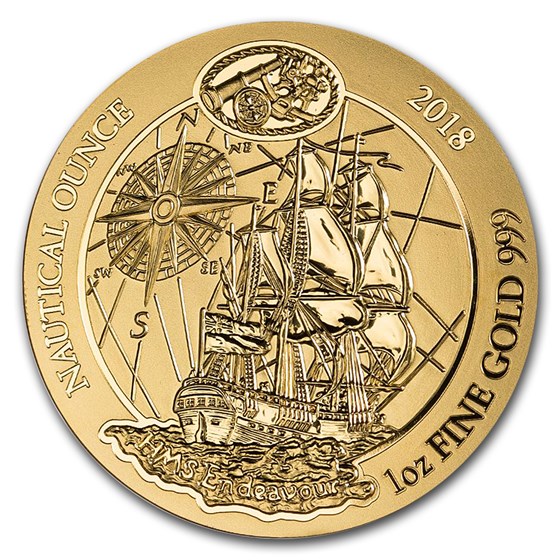 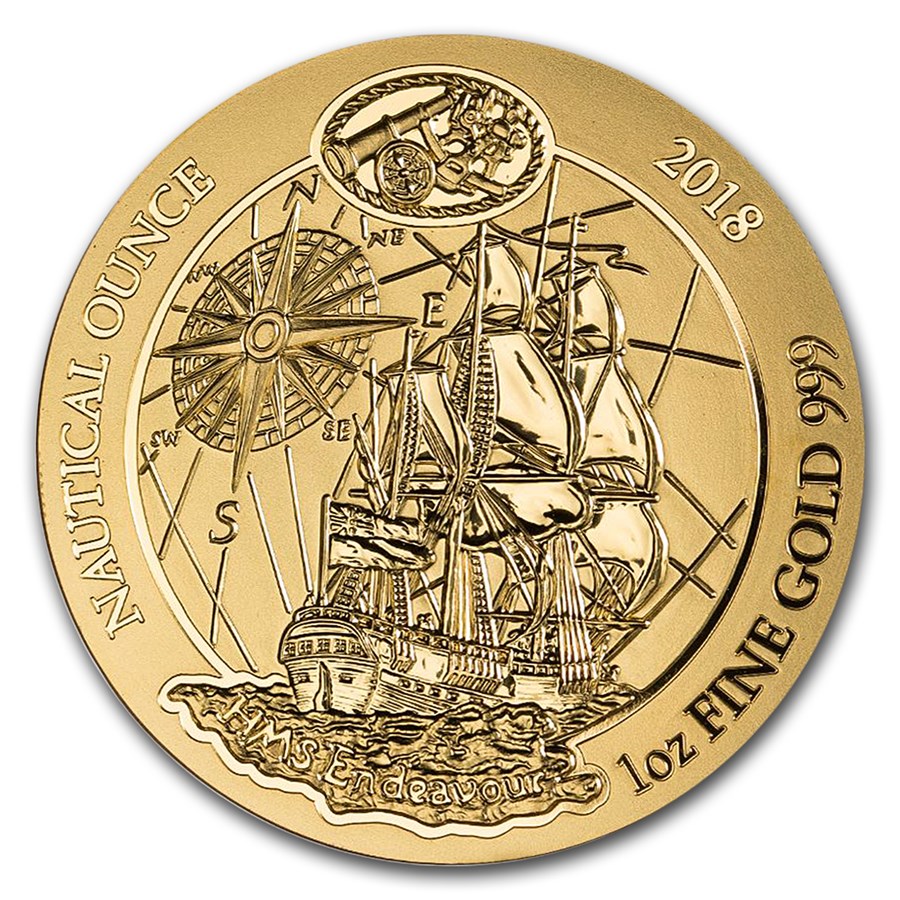 $1,892.29 $1,902.29
As Low As
8% Off The Premium
Product Details
Product Details
Continuing the great success of the initial release Santa Maria, the Nautical Ounce series continues with the 250th Anniversary of the HMS Endeavour.

The HMS Endeavour was the ship explorer James Cook commanded on his first voyage to Australia and New Zealand from 1769-1771. In April 1770 the HMS Endeavour became the first ship to reach the east coast of Australia. Continuing the voyage to New Zealand, where no European ship arrived since Abel Tasman's Heemskerck 127 years earlier, the Endeavour continued and rounded the Cape of Good Hope on 13 March 1771 to reach the English port of Dover on 12 July 1771.

Coin Highlights:
Protect your Gold Nautical Ounce: Endeavour coin in style by adding an attractive display box to your order.

This is the perfect coin for growing any Gold collection. Add this 1 oz Gold Rwanda Nautical Ounce: Endeavour coin to your cart today!