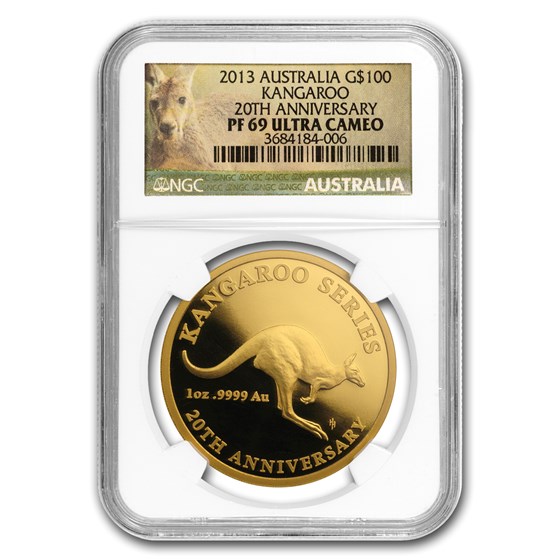 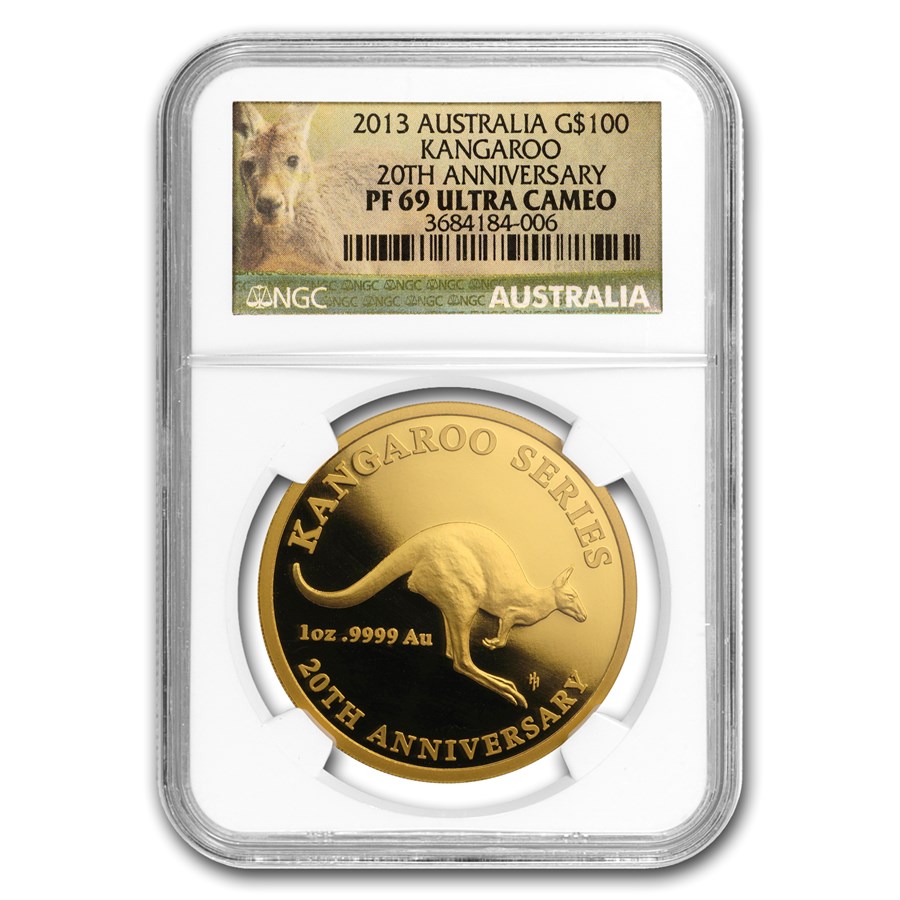 Your purchase is guaranteed to match the quality of the product shown. It will not be this exact item.
Product Details
Product Details
This Gold coin as an extremely low mintage of 500 coins. This 2013 Gold coin is the first time the Royal Australian Mint has minted a proof Kangaroo in 1 ounce of Gold. There are even less of these coins graded by NGC.

This low mintage Gold coin celebrates the 20th anniversary of the long-running Silver Kangaroo series, first released in 1993. This 2013 coin is the first release of the coin in 1 oz Proof Gold.