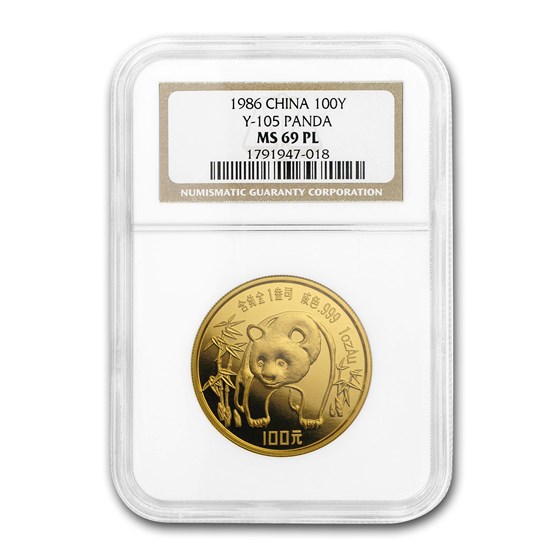 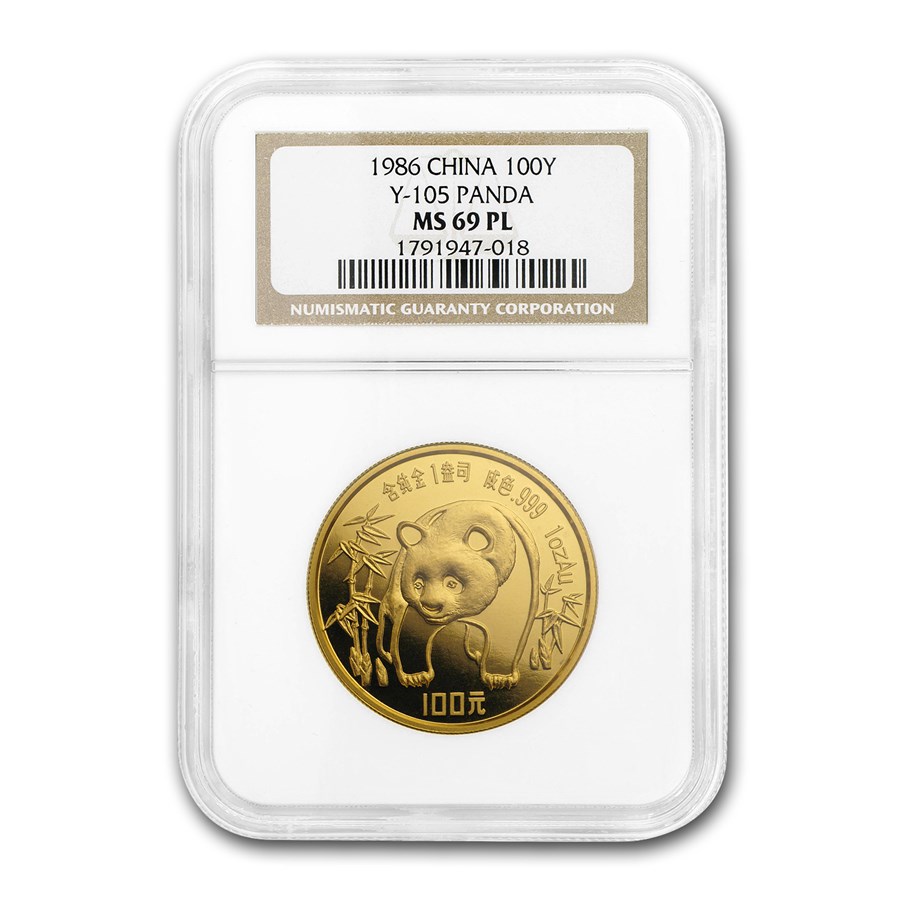 Your purchase will match the quality of the product shown.
Product Details
Product Details
This coin has obtained the rare PL (Proof Like) designation from NGC. Gold Chinese Pandas are one of the world’s only bullion coins to feature yearly changing designs.

Enhance your Chinese Gold Panda collection with this highly sought after coin. Add the 1986 1 oz Gold Chinese Panda coin to your cart today!

The panda is often compared to the yin and yang because of its black and white spots. The panda's calm demeanor is a demonstration of how, when balanced, the yin and yang were harmonious and peaceful.