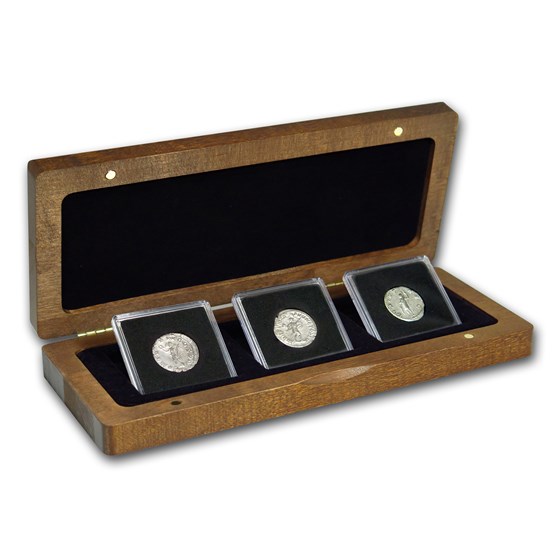 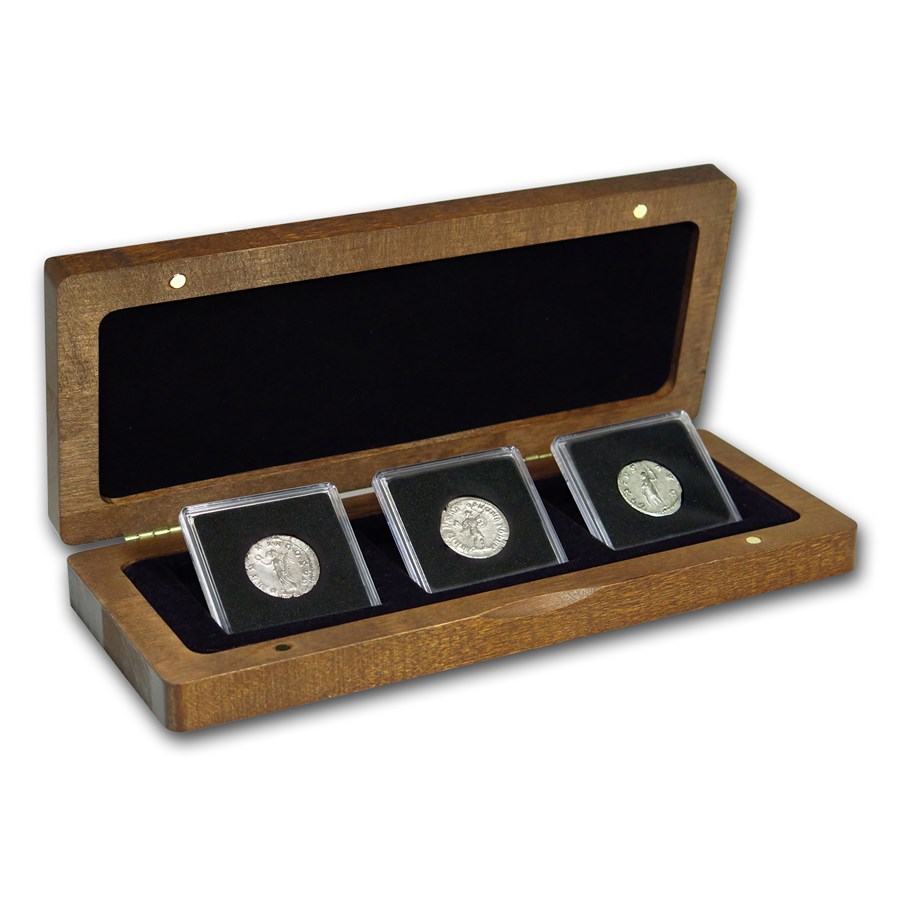 Product Details
Product Details
This exquisite collection contains 3 original, historical Roman Antoniniani, which are minted in genuine Silver. The Roman mythology was witness to a multitude of gods, which were worshipped in the Pantheon, the largest temple of the eternal city.

The emperors of Rome had their images characterized on one side of the coins while the other side was used to prove their gratitude to the Roman army, to celebrate victories or other significant events and also to pay homage to their gods. This exceptional selection of coins adorns representations of the most well-known and most popular gods of ancient Rome. This collection features the illustrations of Victoria, the Goddess of Victory, Mars, the God of war, and Virtus, the Roman personification of valor, courage and manliness.