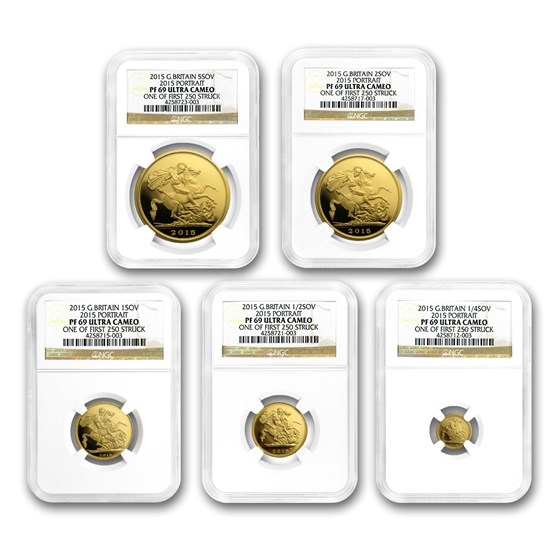 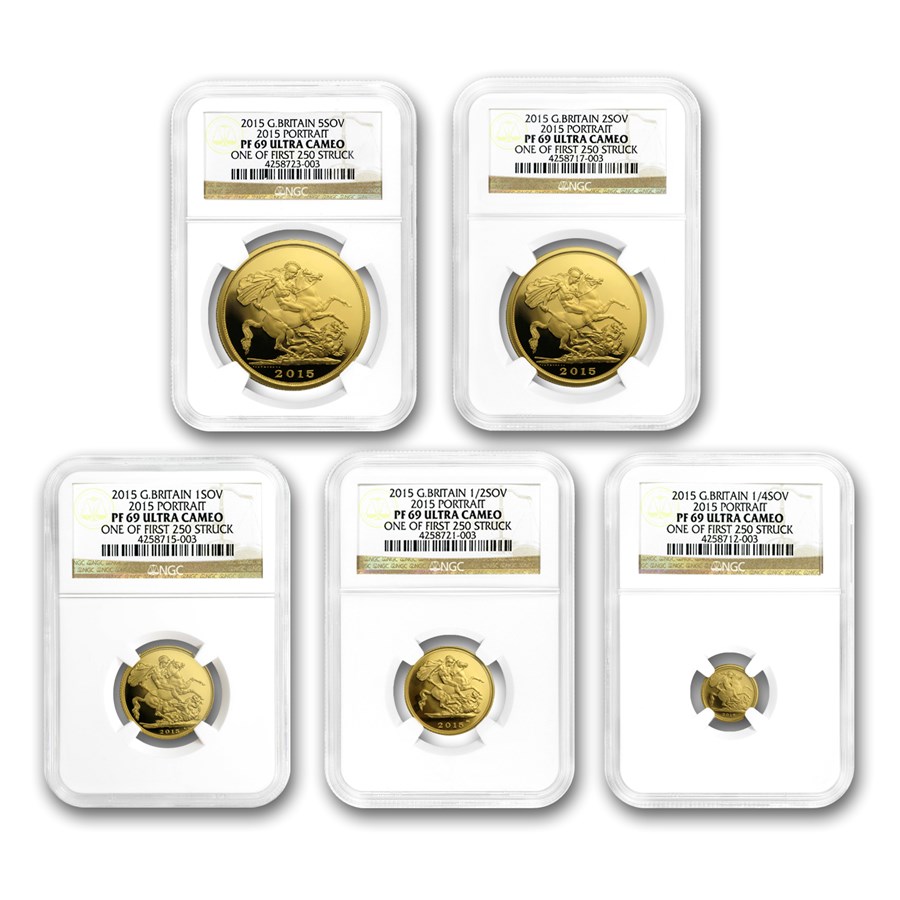 Your purchase will match the quality of the product shown.
Product Details
Product Details
The fifth portrait of Queen Elizabeth II, which conveys her warmth, maturity and stature, has been struck for the first time on the Royal Mint's flagship coin, the Gold Sovereign. This impressive five-coin first edition set is limited to 350 sets.

Set Highlights:
The Gold Sovereign is one of the most timeless and iconic coins minted. Add the limited mintage Proof Sovereign set to your cart today!

The changing of a coinage portrait is a historic occasion, making 2015 a vintage year for the coins of the United Kingdom. The Sovereign has long been adorned by the iconic reverse design depicting St. George slaying the dragon, yet the tale of St. George is not the only story this classic Gold coin tells.

Since its introduction, every sovereign has featured a portrait of a British king or queen on its obverse, charting a record of the nation’s monarchy through the ages.