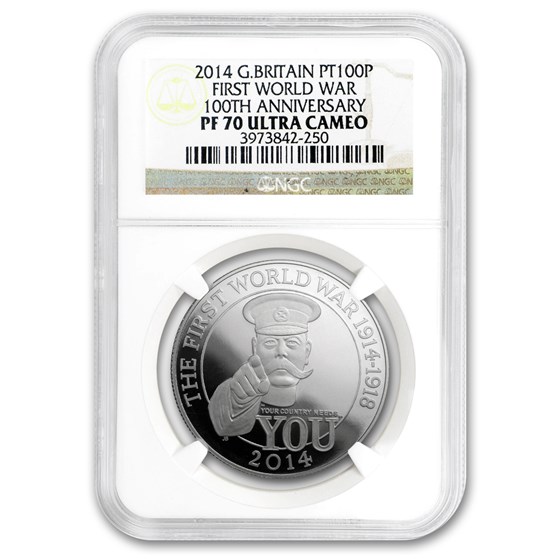 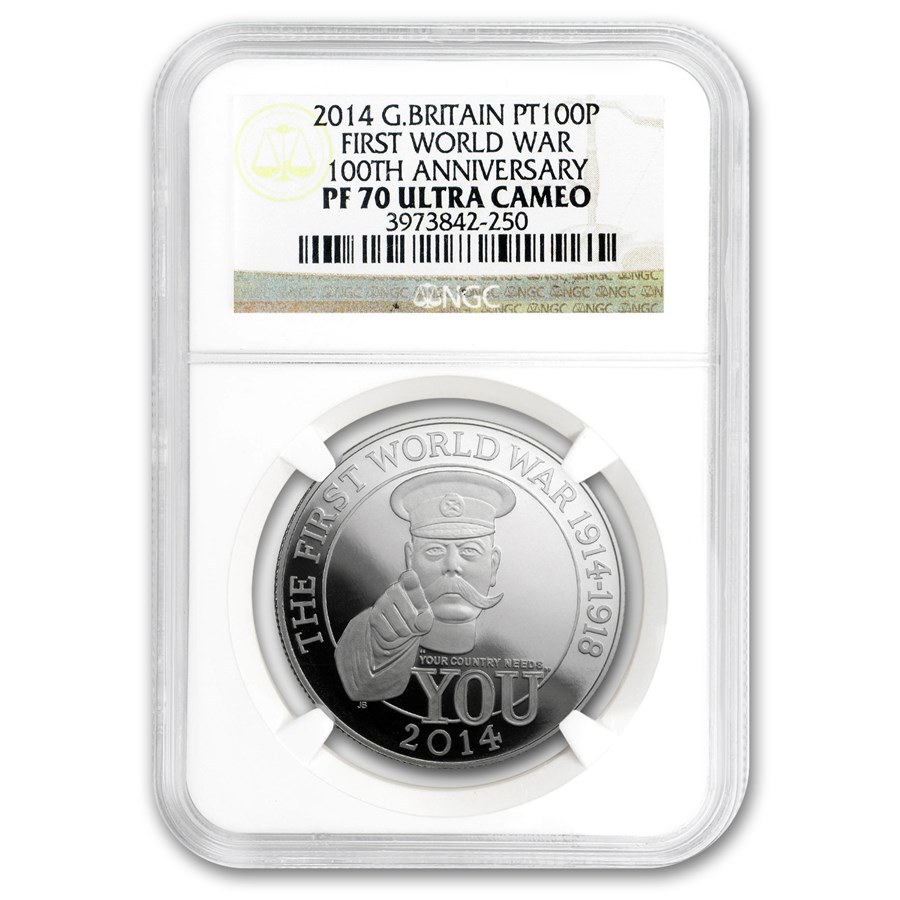 Your purchase is guaranteed to match the quality of the product shown. It will not be this exact item.
Product Details
Product Details
With a mintage of 500 coins, this First World War Commemoration continues with a Platinum coin, recalling the reality of a world in the grip of war. This coin has a low mintage, and even less coins are graded a perfect Proof-70 Ultra Cameo by NGC.

The centenary of the outbreak of the First World War may have passed, but The Royal Mint’s five-year program of commemoration, marking 100 years on from that final Armistice in 1918, continues with a prestigious five-ounce coin.

The second in a series of five-ounce coins, each revealing its own narrative, this respectful tribute evokes thoughts of the reality of a world in the grip of war in 1915, with a design by highly esteemed sculptor, James Butler MBE RA. The creator of many famous towering bronze sculptures, James Butler is also known for his numismatic accomplishments, including a commanding interpretation of the Royal Arms and the Great Seal of the Realm , Her Majesty The Queen’s own official symbol of royal authority and power.