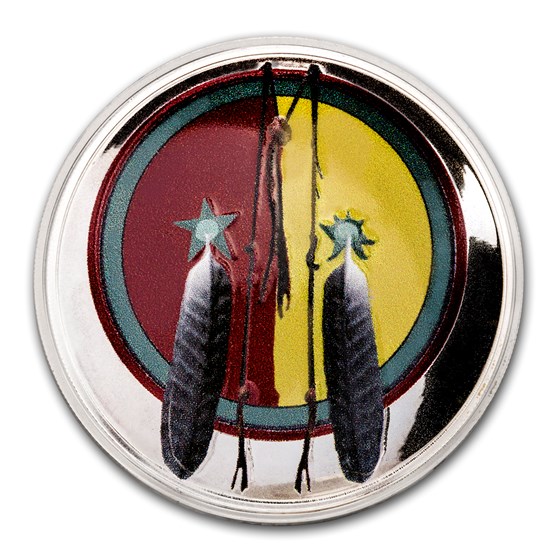 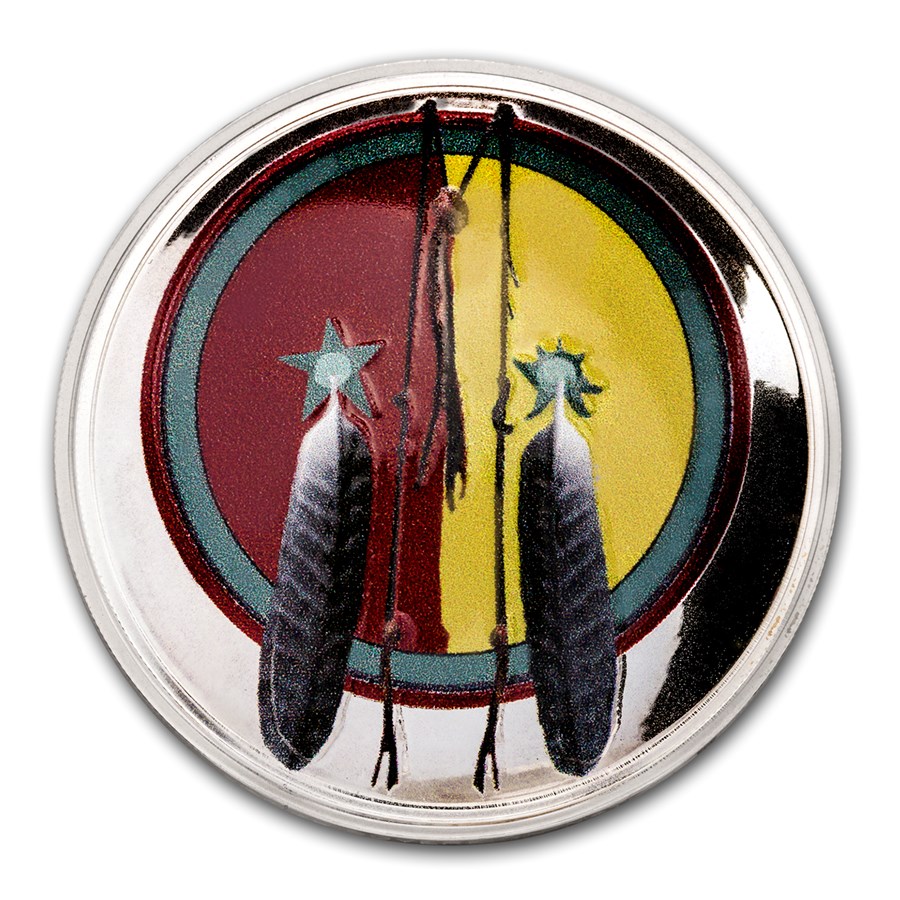 Each honored tribe is paired with an original Native American weapon that they may have used in battles amongst one another and immigrants over many centuries. The obverses are hand sculpted so that the collector can enjoy a high level of detail in these diverse armaments.

The spear is undoubtedly one of the most widely used ancient weapons on the planet for both fighting and hunting. It ideally extended the reach of the user, and with skill could be thrown effectively to hit a target further away. With many hundreds of tribes scattered across the North American continent, there were constant skirmishes and thus a great need for such a weapon. Native Americans became efficient fighting forces using spears, both on and off of horseback. Being horse mounted peoples for hundreds of years, the Comanche took naturally to the spear and used it as one of their primary weapons.