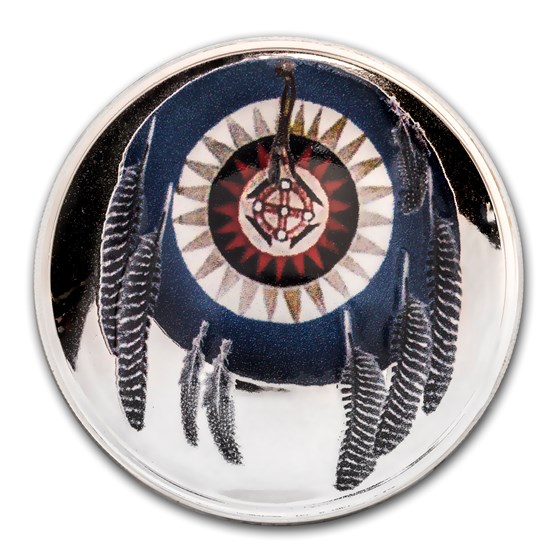 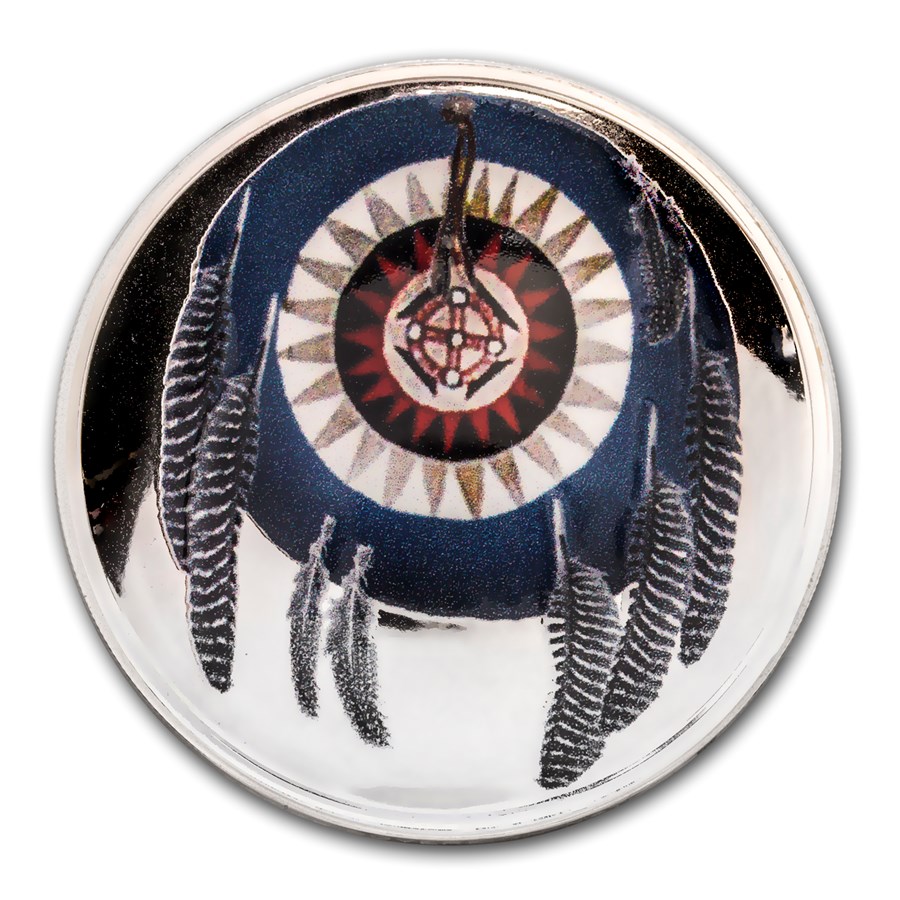 Each honored tribe is paired with an original Native American weapon that they may have used in battles amongst one another and immigrants over many centuries. The obverses are hand sculpted so that the collector can enjoy a high level of detail in these diverse armaments.

Add this unique piece of Native American culture to your cart today!

The buffalo primarily roamed in the Great Plains of North America becoming a vast source of food and weapon material for early Native Americans. The buffalo jawbone was an effective weapon for close quarters fighting. The teeth of the jawbone could be sharpened and polished, and the jaw could hold other attachments to make it an effective weapon. Although not the most commonly used weapon, once you threw your spear, or used all your arrows, and wanted to close in with a weapon, the jaw bone could inflict real damage. Coming later to the Plains, the Cherokee would have learned to use this weapon from tribes in the area. The jawbone is even mentioned being used as a weapon in the Bible.