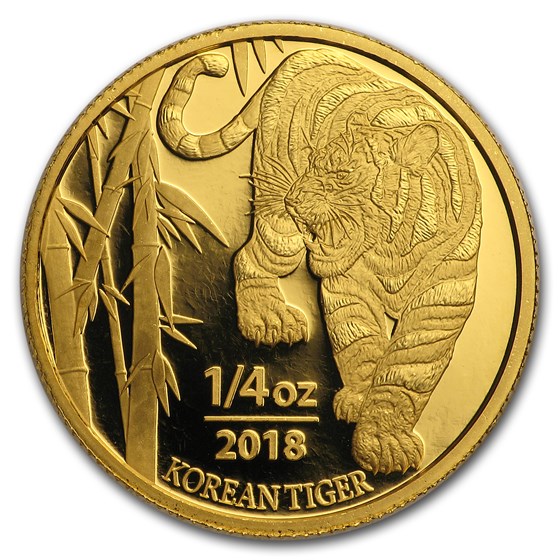 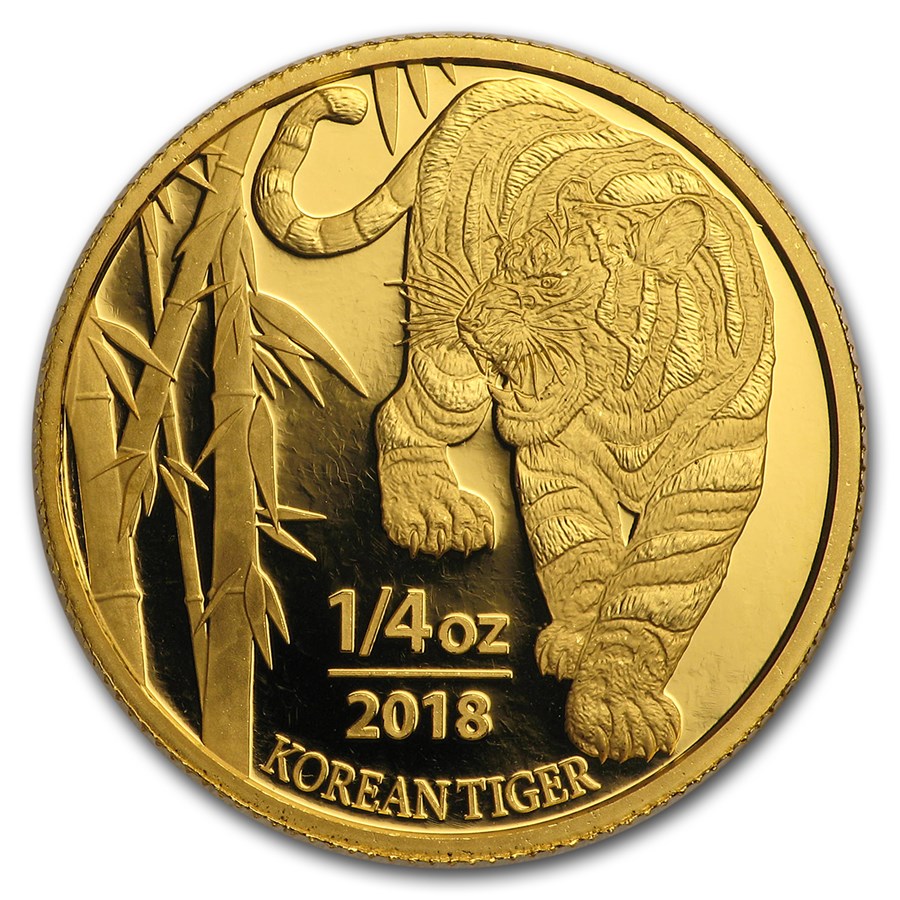 Initially launched in 2016 the Series features the endangered Korean Tiger, also known as the Siberian Tiger. The legend says, that the last Korean Tiger was seen and hunted on Mount Daeduk in Gyeonju in 1922. According to statistics about 400 tigers remain living in the Far Eastern parts of Russia.

Don't miss the chance of owning the 2018 1/2 oz Gold release of Korea's Tiger bullion series. Add one of these Korean Gold Tiger medals to your cart today!

Pictures don't do this coin any justice. It's amazing! With low mintage and tagging on to the excitement behind the silver release of this series it's a sure winner.

So APMEX came through. I now have all three of the current releases of these beautiful coins. The 2016, 2017, and 2018. Way to go APMEX for getting these two previous coins in this series.

Received my 2018 1/4 oz Korean tiger it's absolutely flaw less shipping and packaging great on time.ive been purchasing gold and silver from this company for a while.always better than expected.life long customer.

So I have been waiting for ever for Apmex to get the gold tigers from Korea. Now if only you can get and sell the 2016 and 2017.