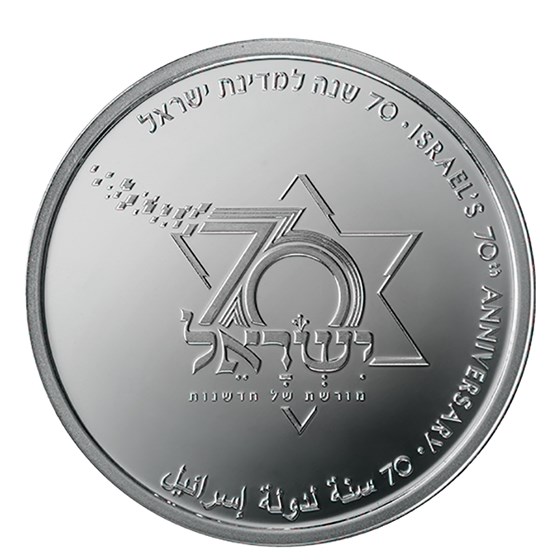 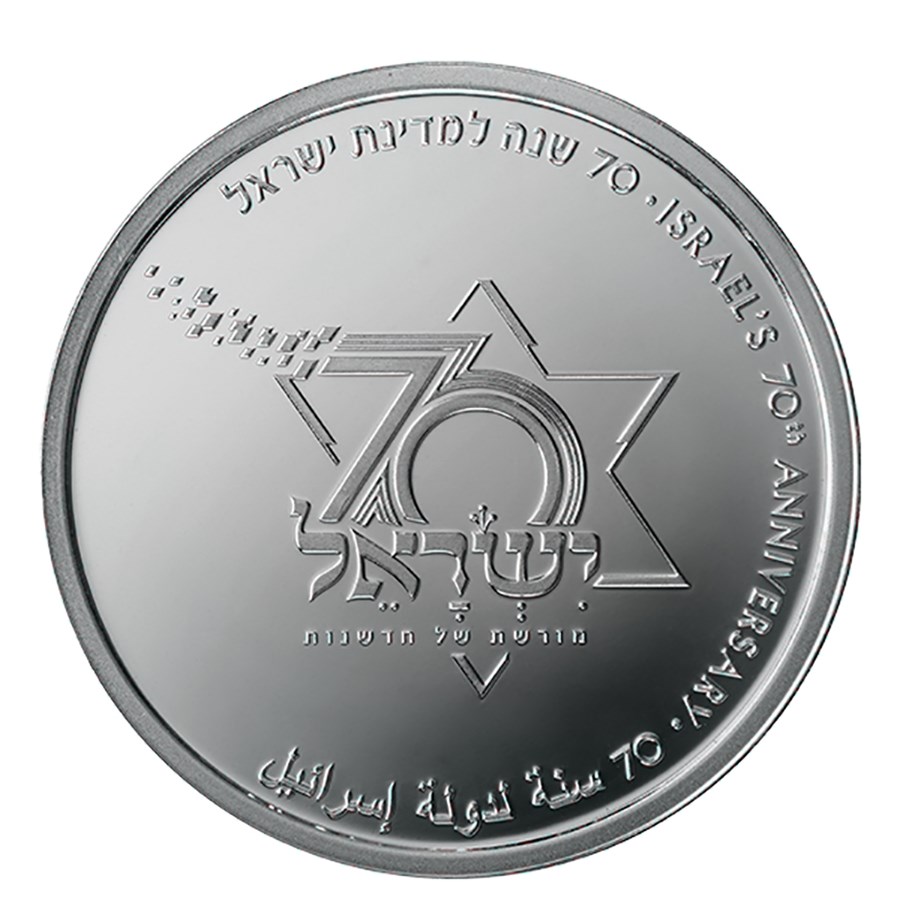 The Israel Independence Day is founded on the declaration of the establishment of the State of Israel by the Jewish leadership headed by David Ben-Gurion and is celebrated since May14, 1948, which corresponded with the Hebrew date 5 lyar in that year. To avoid Sabbath desecration, the holiday is being commemorated on or two days before or after the 5th of lyar if it falls too close.

Coin Highlights:
Celebrate the 70th anniversary of independence of the State of Israel and honor the memory of the past. Add the 2018 Israel Silver 1 NIS Israel's 70th Anniversary BU coin to your cart today!

The independence day is celebrated with an official ceremony on Mount Herzl, Jerusalem in the evening. The ceremony includes a speech by the speaker of the Knesset, artistic performances and the lighting of twelve torches symbolizing the Tribes of Israel.

The official "Israel 70th Anniversary" logo depicts a stylized Star of David, the symbol of the Jewish people, in the center. The "70" denotes the years of Independence of the State of Israel, blends with the Star of David. Along the base of the Star of David the word "Israel" is depicted as it appears in Holy Scriptures in Hebrew and Jewish lettering. The words "Heritage of Innovation" below in Hebrew, which together express the character of the State of Israel, a blend of tradition and innovative spirit.