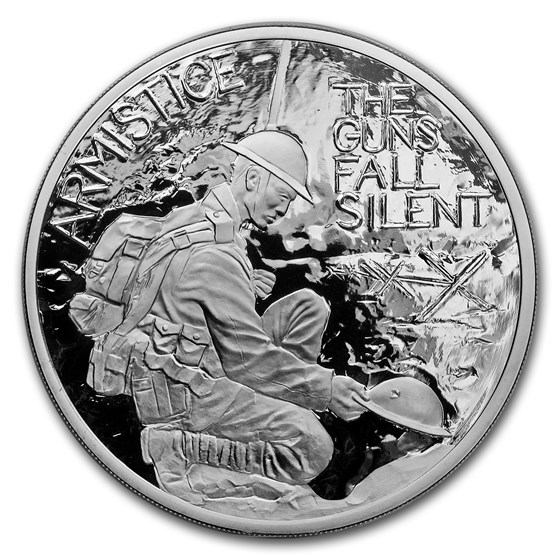 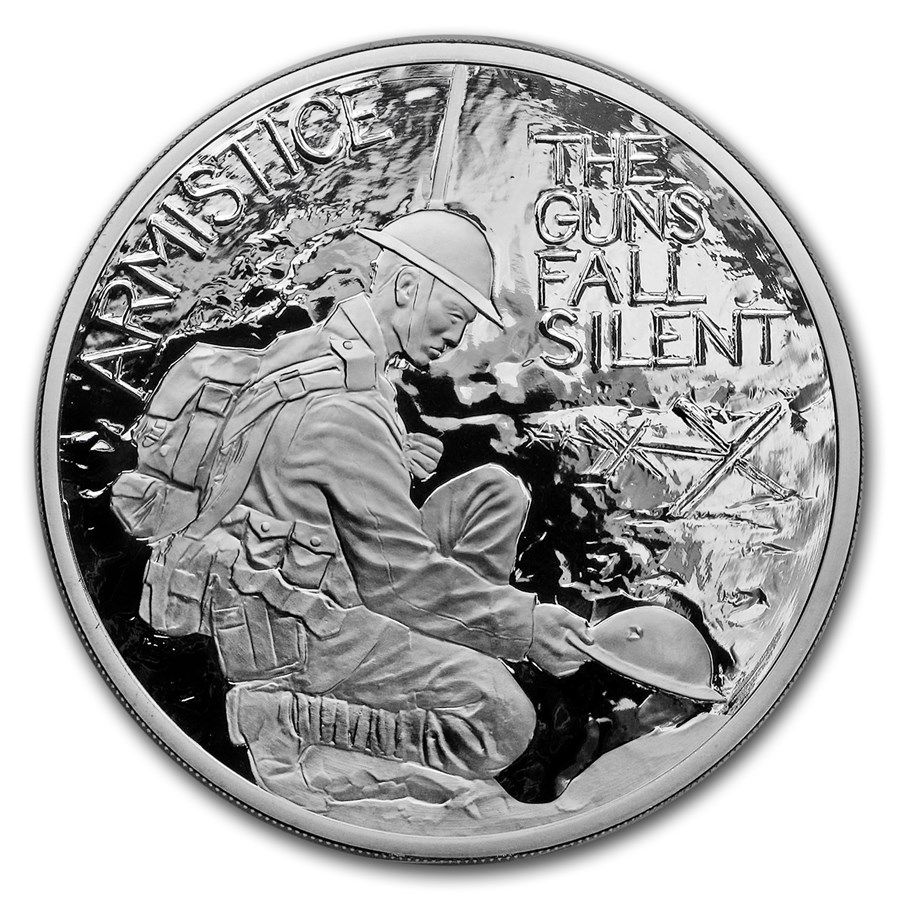 $30.20 $30.70
As Low As
13% Off The Premium
Product Details
Product Details
With a mintage of 525 coins, this First World War coin continues with a five-ounce coin, remembering the Armistice that ended the war 100 years ago.

The centenary of the outbreak of the First World War may have passed, but The Royal Mint’s five-year program of commemoration, marking 100 years on from that final Armistice in 1918, continues with a prestigious five-ounce coin.

The final coin in a series of five-ounce coins, this tribute marks the moment the guns fell silent with the signing of the Armistice in 1918. The proof coin, designed by highly esteemed sculptor, Paul Day remembers those who served in the war.