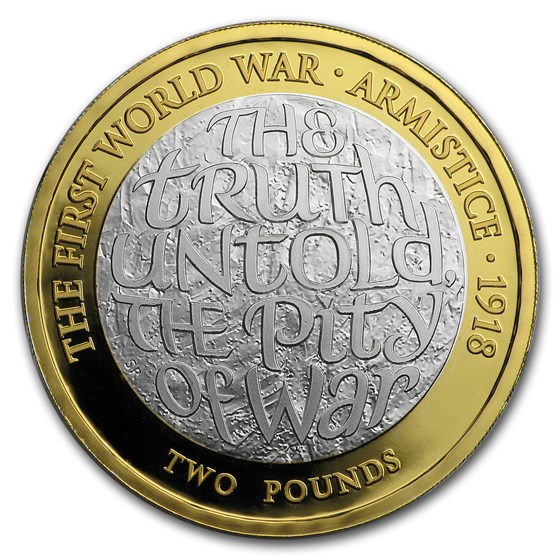 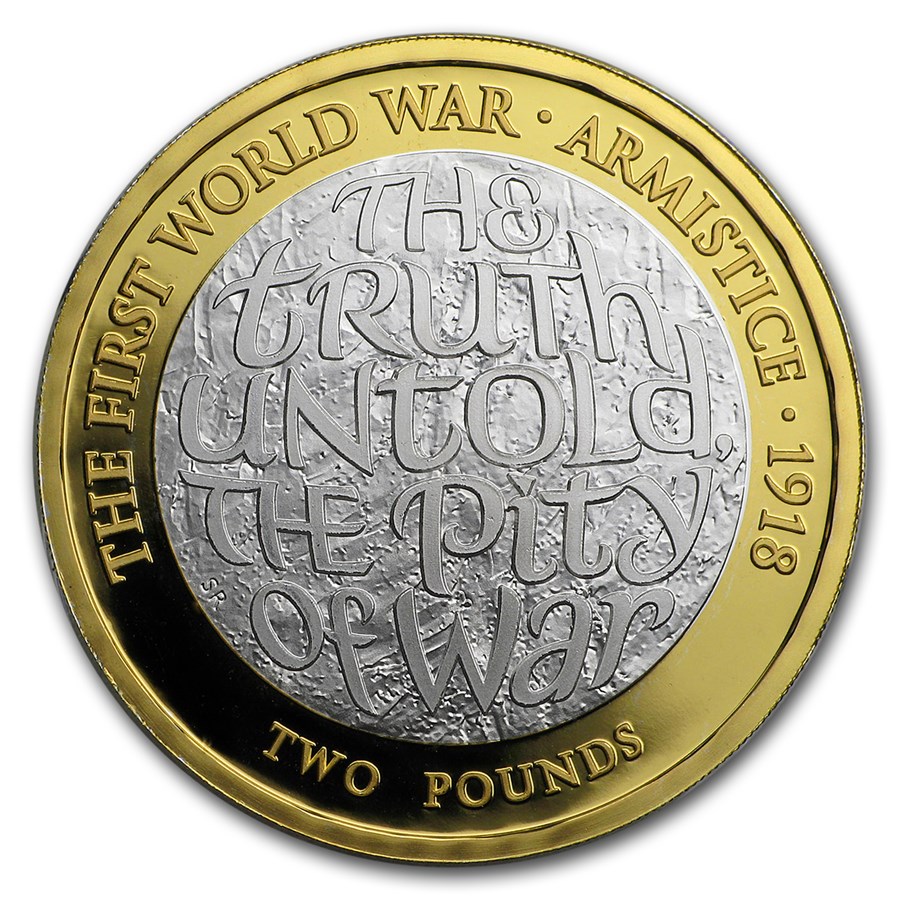 Your purchase is guaranteed to match the quality of the product shown. It will not be this exact item.
Product Details
Product Details
With a mintage of 5,000 coins, this First World War coin continues with a Sterling Silver coin, remembering the Armistice that ended the war 100 years ago.

The centenary of the outbreak of the First World War may have passed, but The Royal Mint’s five-year program of commemoration, marking 100 years on from that final Armistice in 1918, continues with a prestigious sterling Silver proof coin.