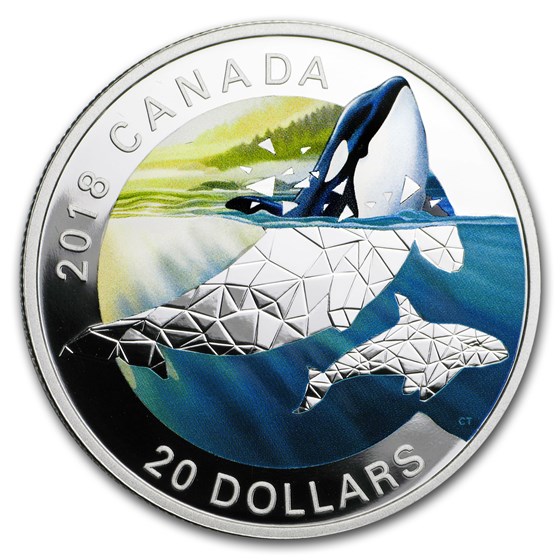 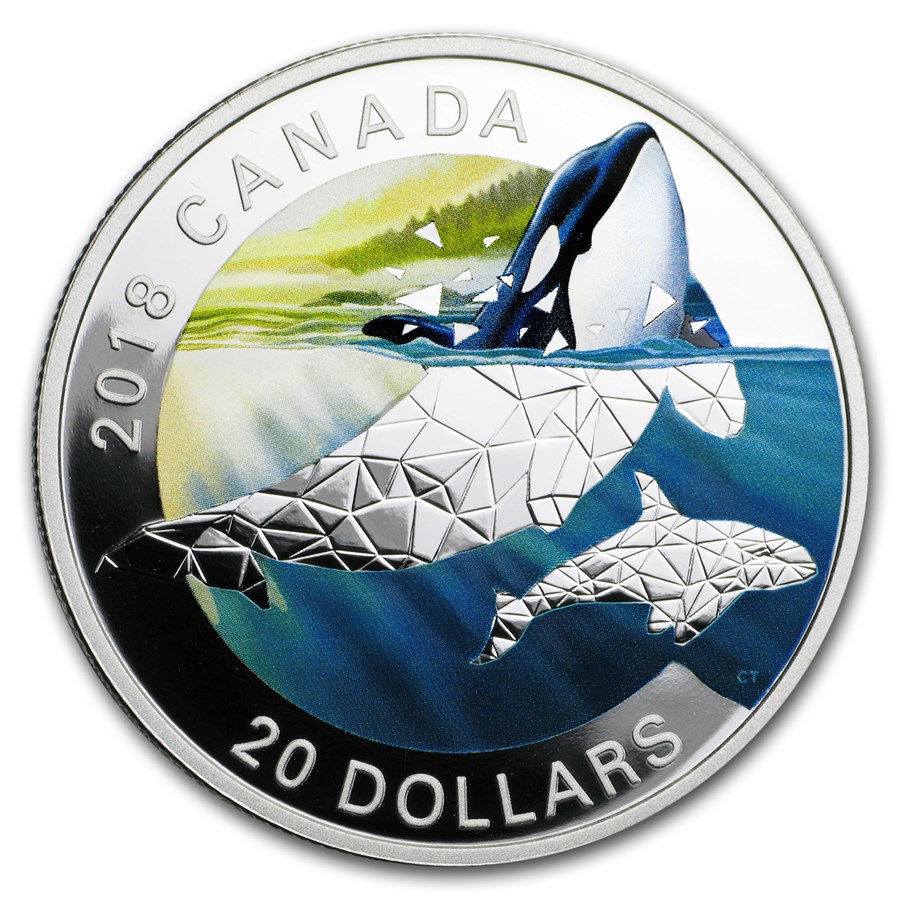 Product Details
Product Details
The third and final coin in the Geometric Fauna series travels to Canada’s West Coast to witness an orca bursting through the barrier that separates our worlds, and ultimately breaking free of its geometric form.