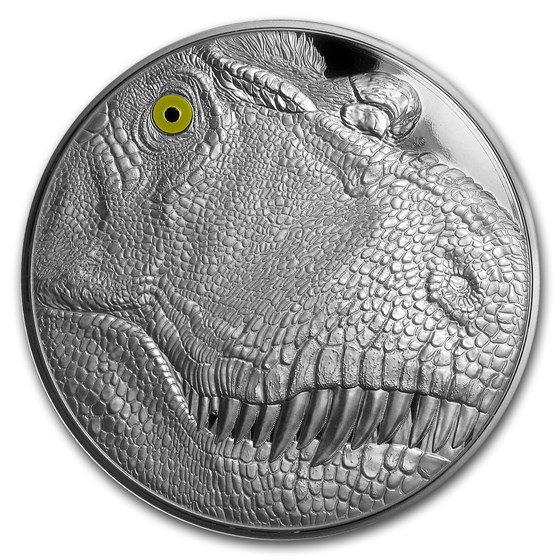 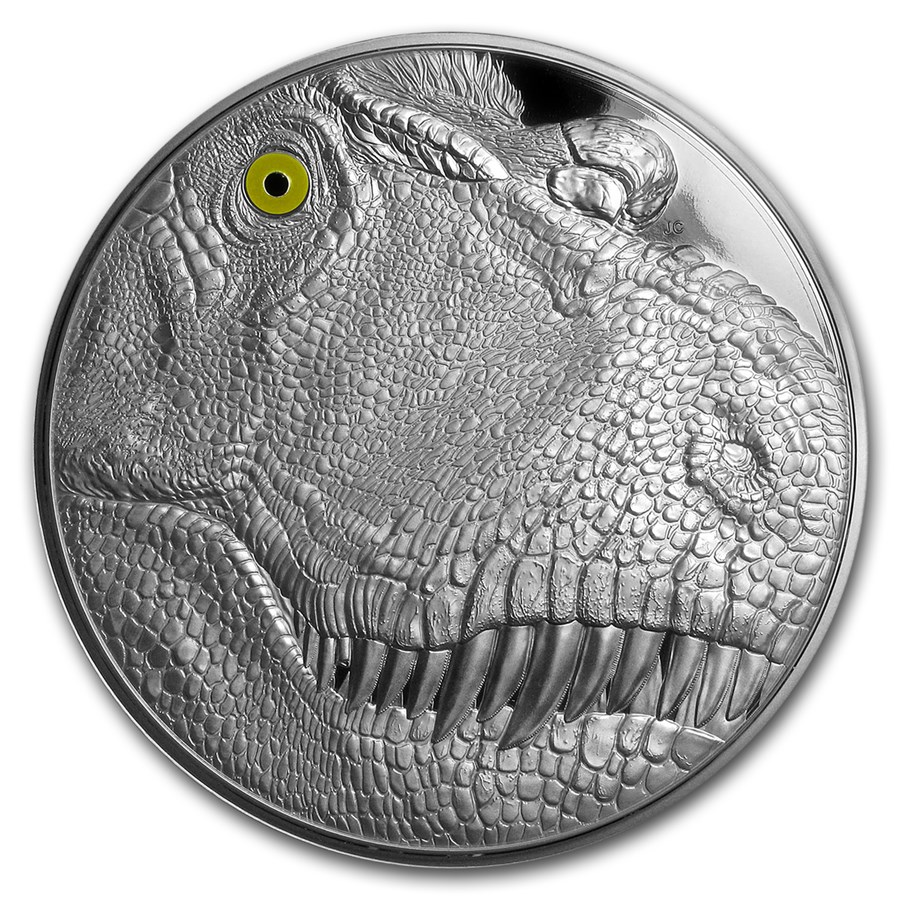 Product Details
Product Details
With a massive skull and a jaw full of dagger-like teeth, the carnivorous Tyrannosaurus rex inspires a mixture of awe and fear, especially if you were to cross paths with a living one!

Known as the “king of the tyrant lizards”, the T-Rex has you in its sights on the reverse of this fine Silver coin, where a colored enamel eye adds extra intensity to one of Prehistoric Canada’s fiercest gaze.

The reverse design by Julius Csotonyi offers the viewer a rare close encounter with one of the most fearsome predators of the Late Cretaceous Period, some 68-66 million years ago. This depiction of Tyrannosaurus rex is based on current scientific knowledge, and has been reviewed for accuracy by palaeontologists of the Royal Tyrrell Museum of Palaeontology in Drumheller, Alberta. The three-quarter view allows for the careful study of T. rex’s famous facial features, including the serrated teeth that line its powerful, bone-crunching jaw; but a closer examination reveals an astounding depth to every engraved detail, especially the meticulously sculpted scales that give the skin a reptile-like texture. The viewer’s gaze is easily drawn towards the colored enamel eye, whose brown-hued iris and round pupil add a splash of life-like color and intimidating intensity to this ancient carnivore’s chilling stare.