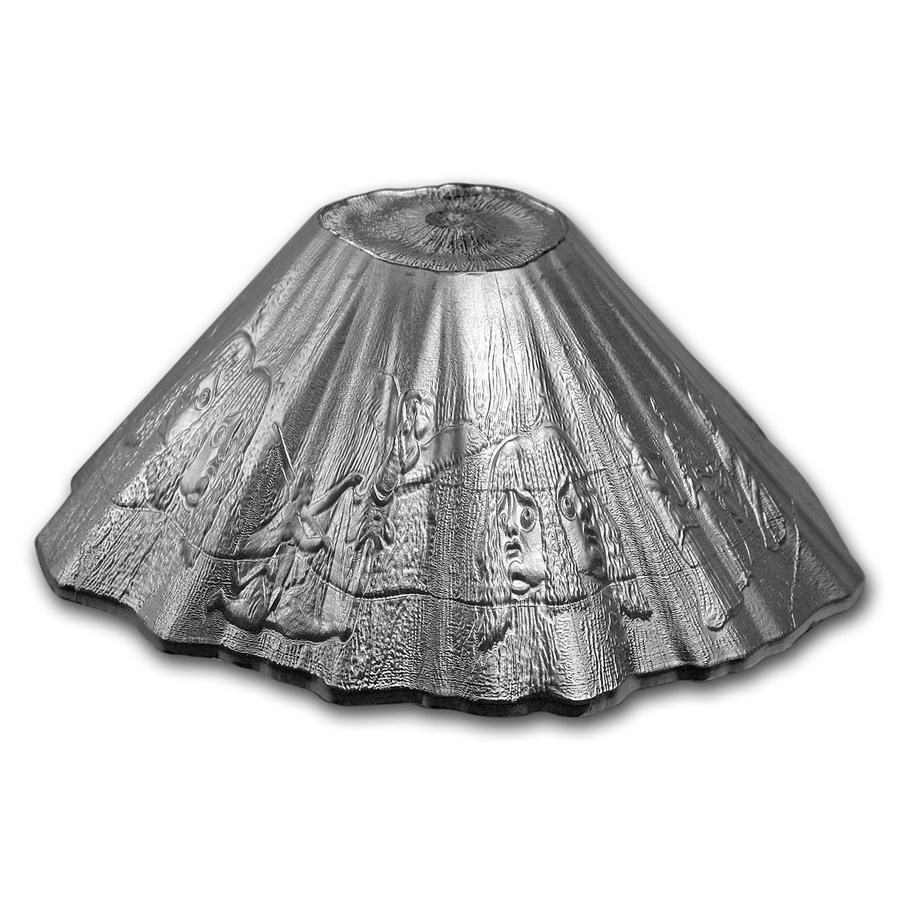 Coin Highlights:
Mount Vesuvius is well known for its eruption in 79 AD that lead to the destruction and burying of the Roman cities of Pompeii, Herculaneum and several other surrounding settlements. Add this Mount Vesuvius volcano shaped Silver coin to your cart today!

Vesuvius has erupted many times since and is the only volcano on the European mainland to have erupted within the last hundred years. Today, it is regarded as one of the most dangerous volcanoes in the world because of the population of around 3,000,000 people living nearby, and its tendency towards explosive eruptions. It is the most densely populated volcanic region in the world.

Note: Coin will have some abrasions. No capsule.