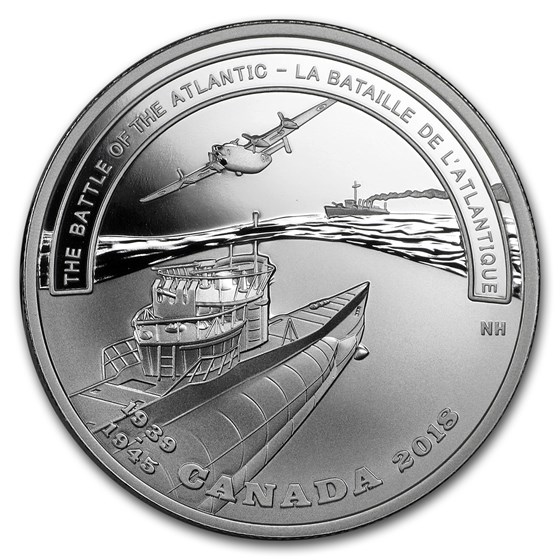 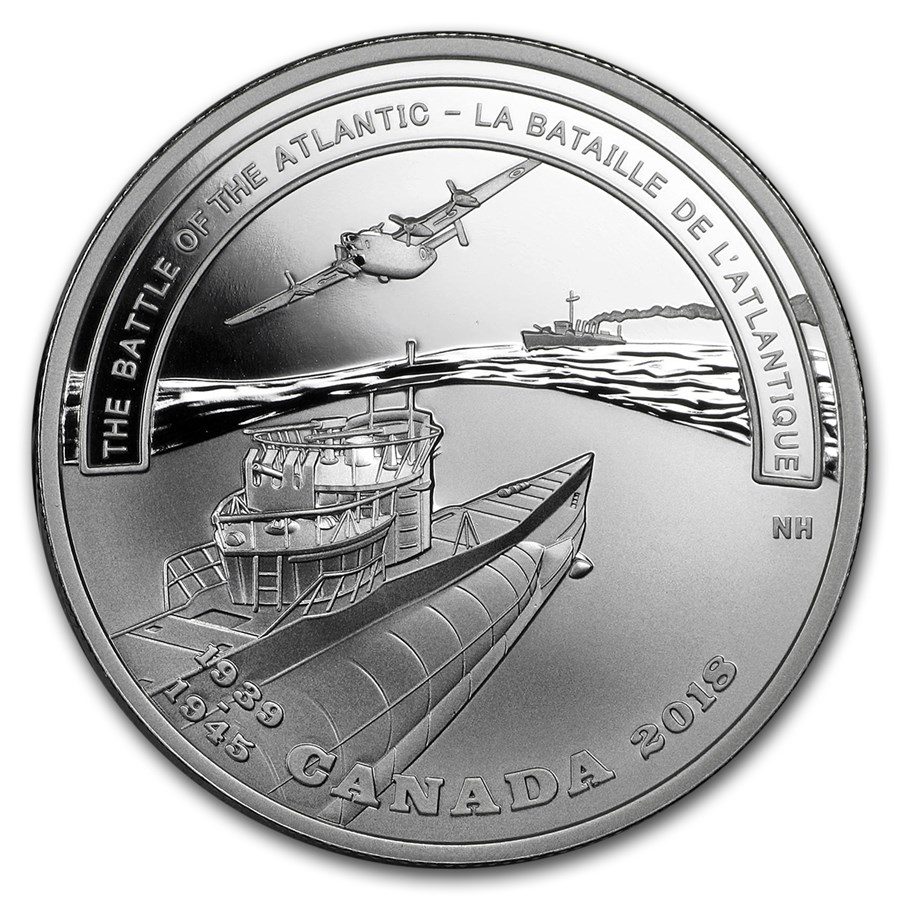 Product Details
Product Details
This coin is the fifth coin in the Royal Canadian Mint’s First World War series entitled Battlefront, which depicts Canada’s soldiers in action on the battlefields of Europe.

The reverse design by Canadian artist Neil Hamelin captures the intensity of the Battle of the Atlantic and conveys a real sense of the dangers faced by those who sailed the seas between 1939 and 1945. Split between an above-water and an underwater perspective, the ominous scene re-creates the moments before the tragic sinking of HMCS St. Croix on September 20, 1943. In the skies overhead, an angled B-24 Liberator is representative of the Very Long Range (VLR) anti-submarine aircraft that provided air support and helped turn the tide of war in the mid-Atlantic. Bearing the markings of Royal Canadian Air Force Squadron 10, the aircraft patrols the waters south of Greenland and Iceland, where it has signaled the presence of a U-boat to the St. Croix.

From beneath the rolling waves, U-305 surfaces to periscope depth and spies the St. Croix sailing towards them bow, a trail of smoke emitted by the aft exhaust stacks. The Royal Canadian Navy destroyer has pulled away from escorting the ONS-18/ON-202 convoy to investigate the potential threat; but the U-305 would waste little time in firing GNAT torpedoes that would strike the St. Croix’s aft, and another later on that would cause the ship to sink in just three minutes. Sadly, from a complement of 143 crew members and 10 officers, 81 survivors of St. Croix were rescued by HMC Itchen, which was herself sunk by a U-boat just three days later.

Wonderful Artwork on this Historical Coin

A lot of history with this series of coins. The artwork is amazing.