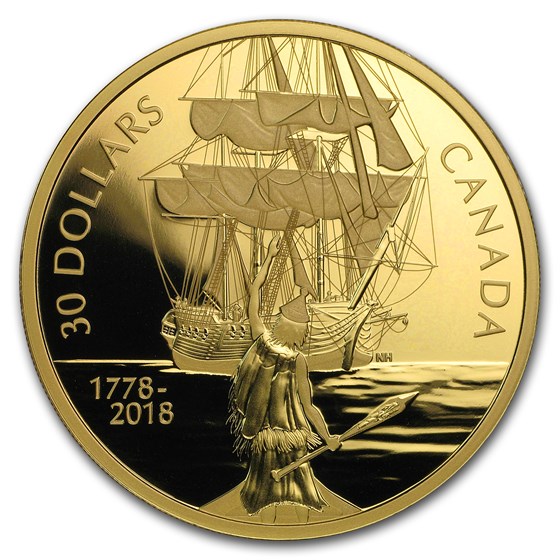 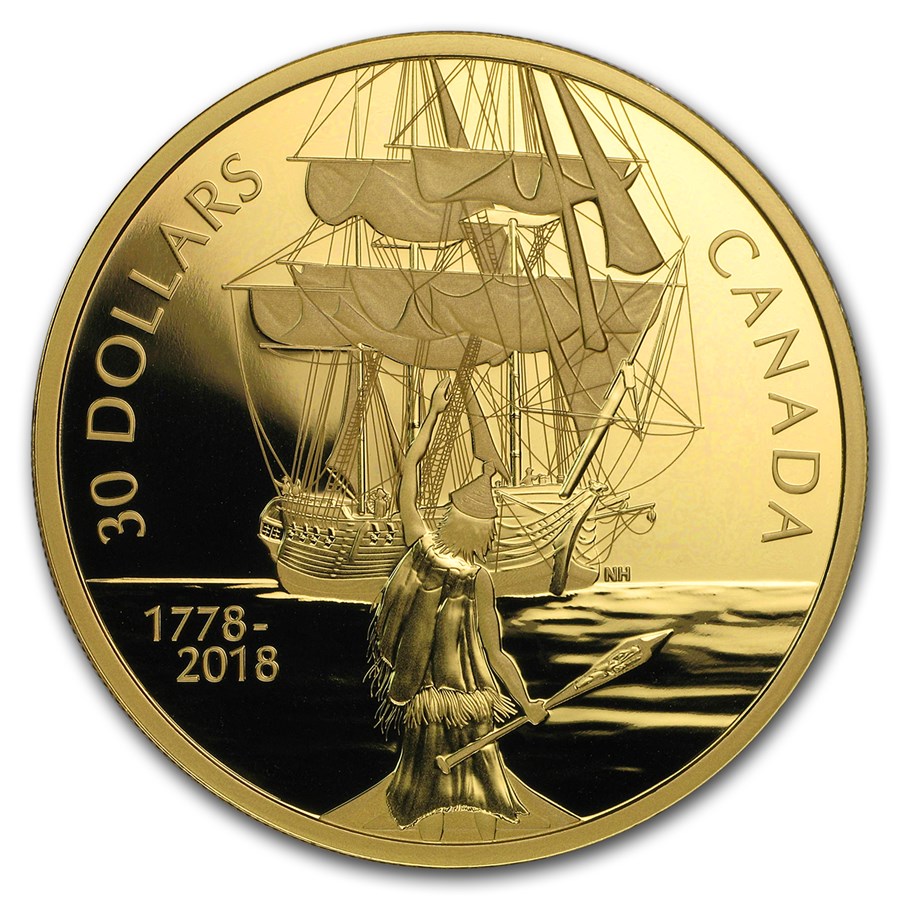 Your purchase will match the quality of the product shown.
Product Details
Product Details
After exploring the South Pacific and crossing the Antarctic Circle during his previous two voyages, Captain James Cook (1728-1779) came north on his third epic Pacific voyage, eventually reaching our western shores in 1778.

This Gold-plated fine Silver coin commemorates Cook’s anchoring off Nootka Sound, viewed from the perspective of the Mowachaht people who greeted the expedition.

A unique keepsake for anyone to cherish for a lifetime, add this 2018 2 oz Captain Cook and the HMS Resolution coin to your cart today!