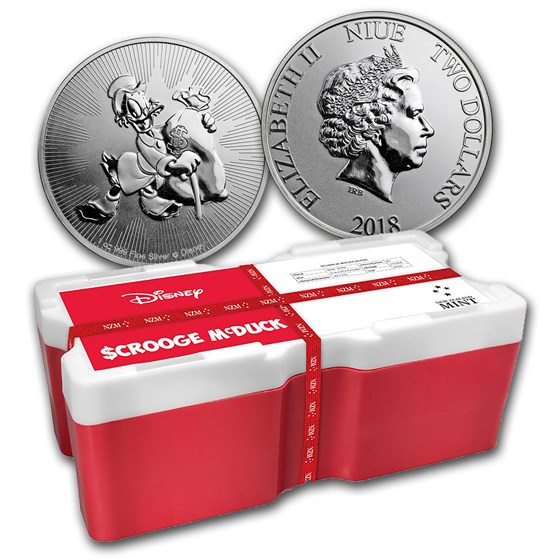 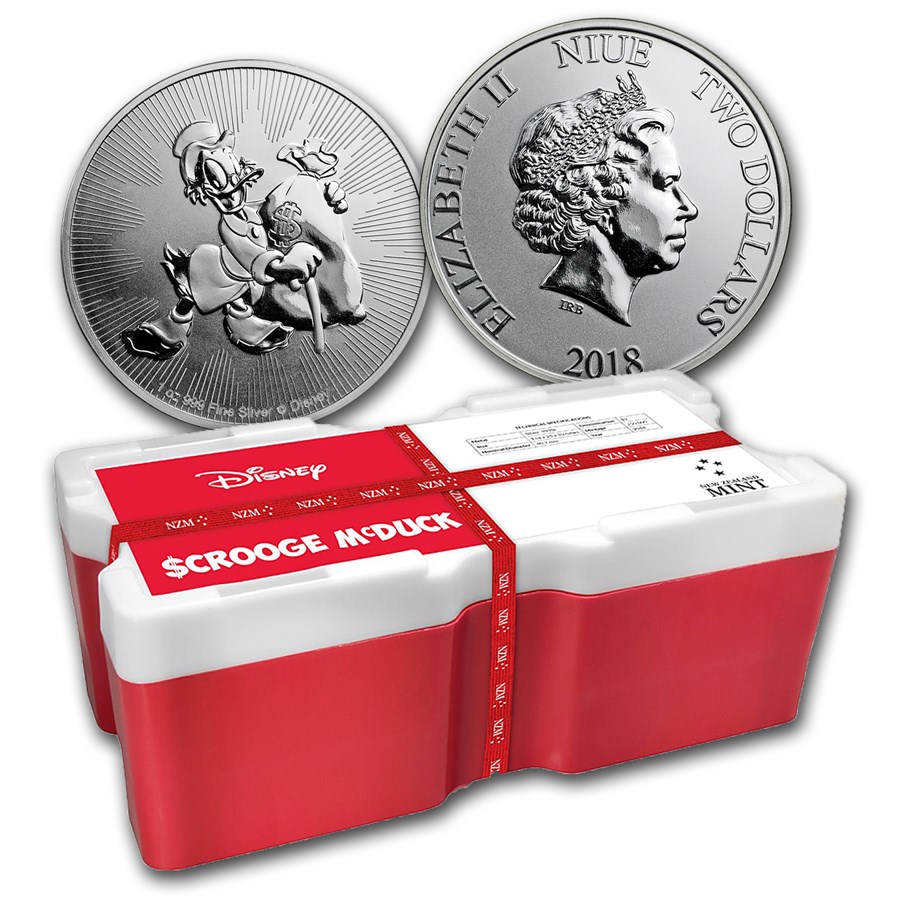 Scrooge McDuck is a popular Disney character, and fitting for being featured on a Silver coin with a bag of money! Add this 250-Coin 1 oz Silver Scrooge McDuck Monster Box coin to your cart today!

SCROOGE MCDUCK:
Scrooge McDuck was created in 1947 by Carl Barks during his time with the Walt Disney Company. Scrooge is Donald Duck's uncle, and a wealthy business tycoon. He was first characterized as a greedy character, but later was featured as a more charitable and humble philanthropist. Later, he was given his own comic book series, called "Uncle Scrooge", due to his popularity.