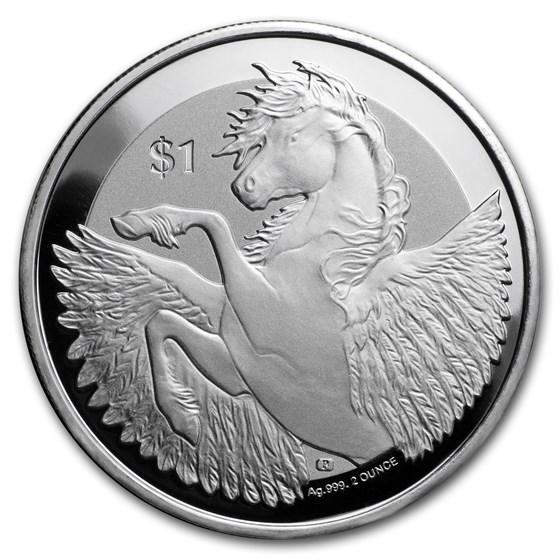 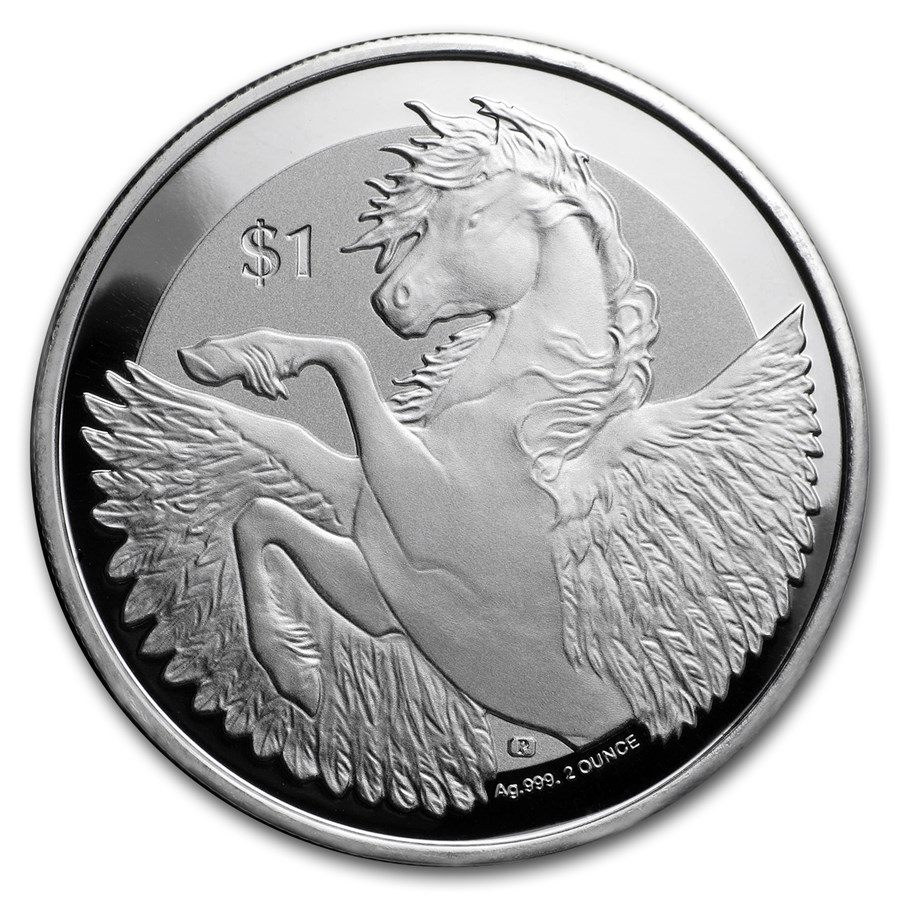 $69.72
As Low As
Product Details
Product Details
Sold out at the mint! This coin comes the double thick 2 oz Silver coin minted on behalf of the British Virgin Islands. This stunning Silver coin features a frosted finish and depicts Pegasus rearing up with his impressive wings spread.

Protect and display your Silver Pegasus Frosted BU coin in style by adding an attractive display or gift box to your order.

This coin would be a great addition to any coin collection. Own the second release of this exciting bullion series minted for the British Virgin Islands by adding this stunning 2 oz Silver Pegasus Frosted BU coin to your cart today!

Nice looking coin and I love the thick 2oz coins. will be a nice addition to the collection.