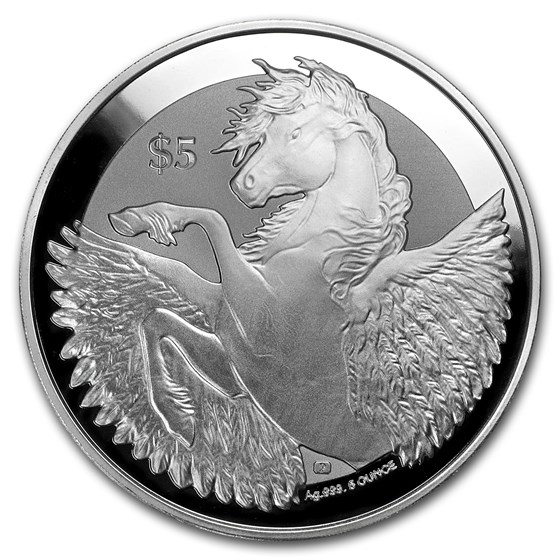 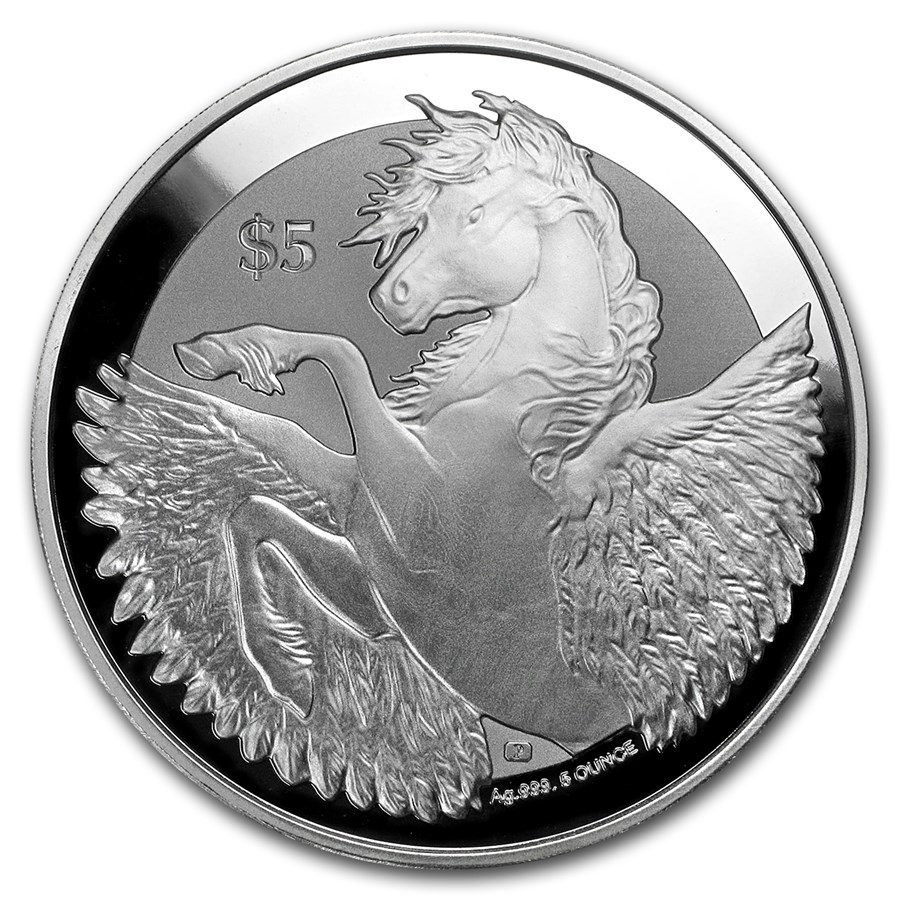 Your purchase is guaranteed to match the quality of the product shown. It will not be this exact item.
Product Details
Product Details
This 5 oz Silver coin minted on behalf of the British Virgin Islands is a continuation of the popular Pegasus series and features a frosted finish that depicts Pegasus rearing up with his impressive wings spread.

This Frosted Silver bullion coin was issued from the Pobjoy Mint continuing the very popular Pegasus series that comes with an ultra low mintage of 1,000 coins, which makes for a great collectors piece.

Coin Highlights:
This coin would be a great addition to any coin collection. Own this exciting bullion series minted for the British Virgin Islands by adding this stunning 5 oz Silver Pegasus Frosted BU coin to your cart today!

I collect Pegasus Coins. Hoping the low mintage will make it a good long term investment