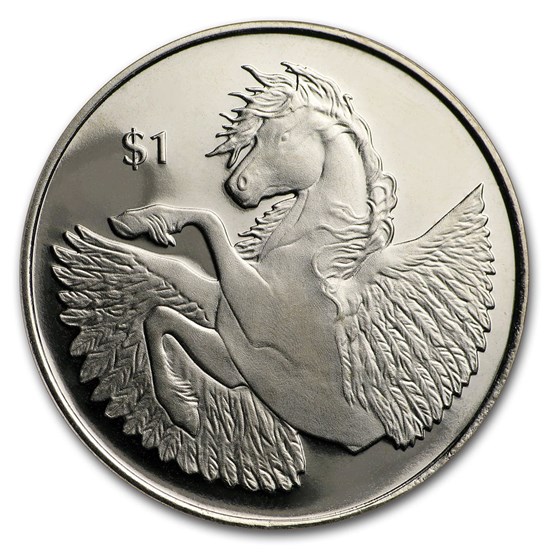 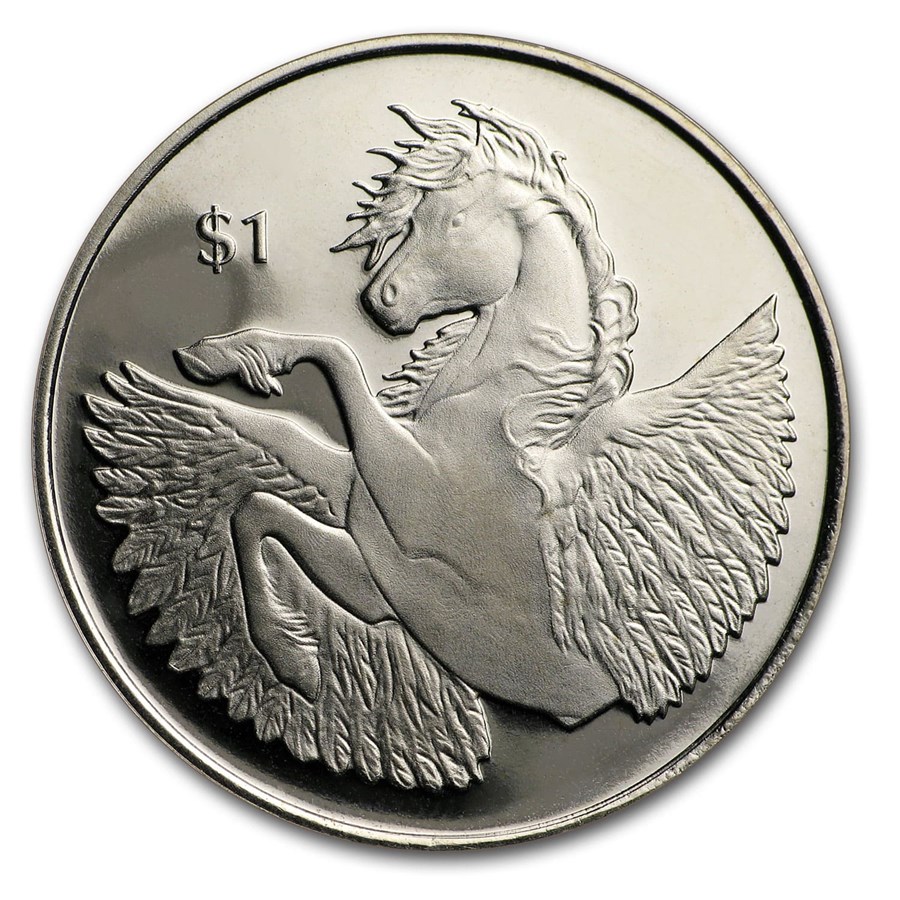 Product Details
Product Details
Only $3.49 per coin
Continuing the popular Pegasus series comes the Virenium coin minted on behalf of the British Virgin Islands. This stunning coin features Pegasus rearing up with his impressive wings spread.

This Virenium bullion coin was issued from the Pobjoy Mint continuing the very popular Pegasus series that comes with an ultra low mintage of 4,000 coins, which makes for a great collectors piece.

Virenium is a German alloy containing nickel as well as copper and zinc with a magnetic element built in to serve as a security device. The metal was first used by the Isle of Man. The metal was developed by Derek Pobjoy, former Mint Master of the Pobjoy Mint, and named after his late wife, Verena Pobjoy.