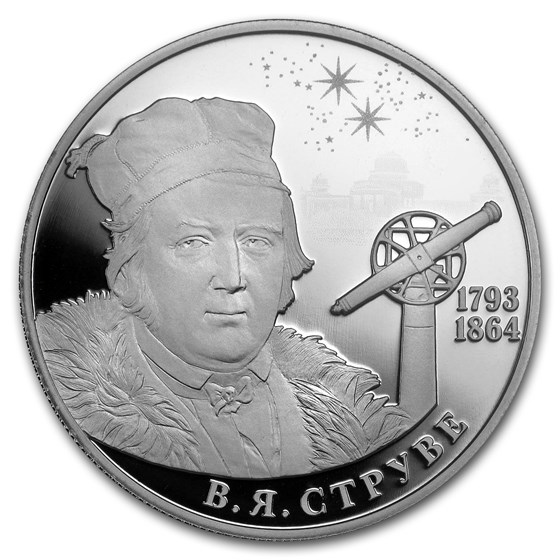 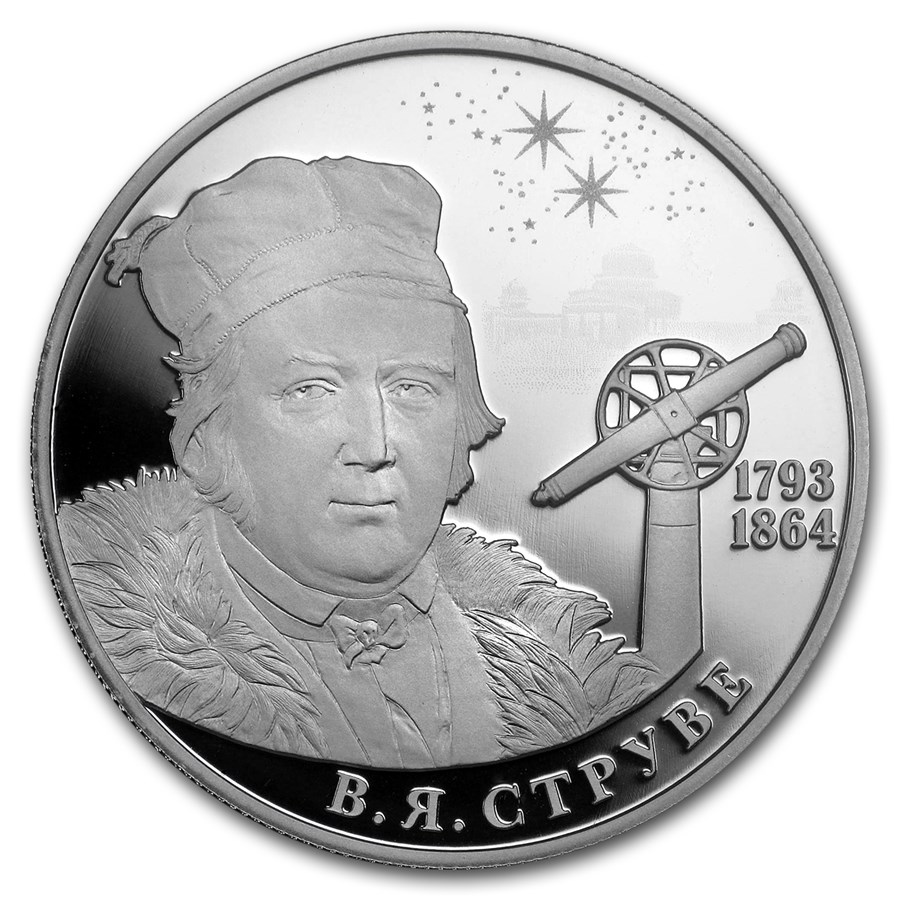 $31.06
As Low As
Product Details
Product Details
Vasily Yakolevich Struve, was a German-Russian astronomer and geodesist. The Bank of Russia celebrates his 225th anniversary with this beautiful commemorative coin.

Friedrich Georg Wilhelm von Struve was born in Altona, present day part of Hamburg, Germany. He went to the University of Dorpat in the Russian Empire (now Tartu, Estonia) to avoid conscription in the Napoleonic armies. He taught at the university from 1813 and was appointed head of the university in 1819. In 1834, among other honors, he became a Honorary Member of the American Academy of Arts and Sciences. Ennobled by Tsar Nicholas I, Struve supervised the construction of the Pulkovo Observatory and served as its director from 1839 to 1862.