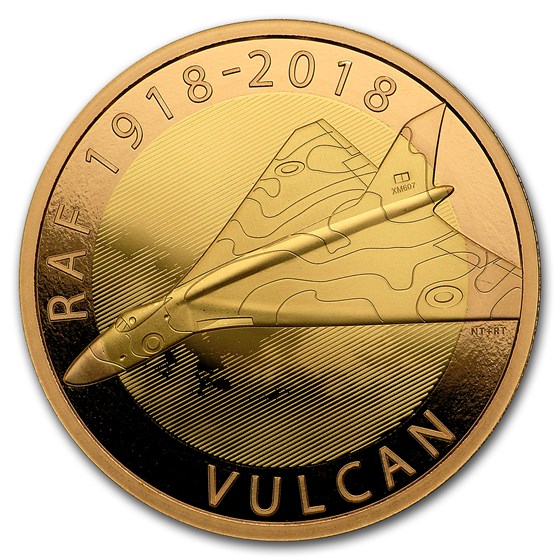 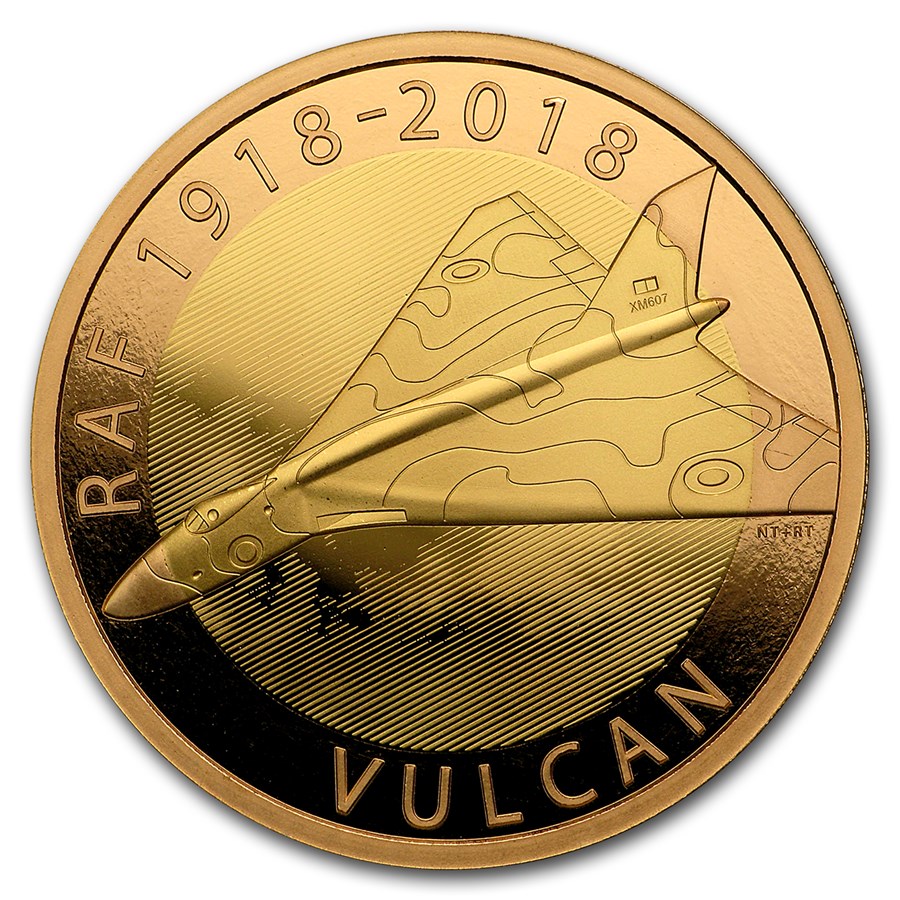 $2,115.99
As Low As
Product Details
Product Details
The third coin in the five-coin series commemorating the 100th Anniversary of the Royal Air Force features the Vulcan bomber. Only 1,000 coins are available in this limited edition presentation, along with a booklet with information on the plane.

The third coin in the five-coin collection commemorating the 100th Anniversary of the Royal Air Force features the iconic Vulcan bomber. Add this 2018 Proof Gold Air Force Vulcan coin to your cart today!

This third coin in the series features the Vulcan, the distinct bomber that is recognizable by its unique delta wing. The reverse of this coin has been designed by two brothers, Richard and Neil Talbot. The coin is presented in packaging that includes a booklet with details on the famous Vulcan plane, created in partnership with the Royal Air Force.