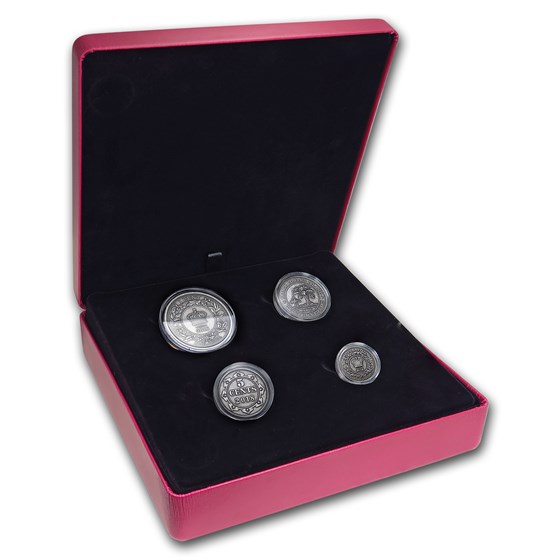 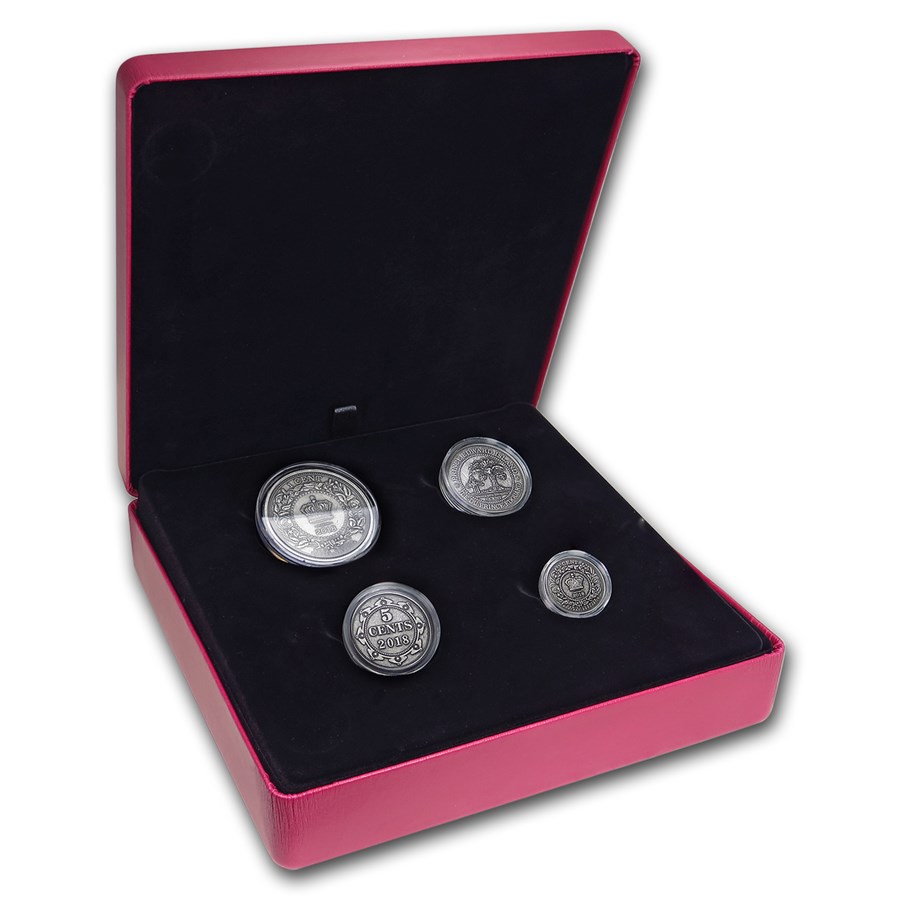 Before Confederation, the provinces of Atlantic Canada were separate British North American colonies, each with their own particular cultural character and even their own coins, a fact that adds a fascinating diversity to Canada’s coin history. Enhanced by an antique finish, each coin’s reverse is a reproduction of a pre-Confederation circulation coin from one of the four provinces of Atlantic Canada. All four bear reverse designs by Leonard Charles Wyon, and are based on decimal coins authorized by the colonial governments between 1861 and 1871.

Modeled after the 1861 issue, the Nova Scotia One Cent features a wreath of roses and mayflowers encircling St Edward’s Crown at the center, where an ornamental flourish and the date “2018” are engraved. The Prince Edward Island One Cent was the only decimal coin ever struck for the province. Released in 1871, the reverse features an oak tree motif adapted from the provincial great seals. The face value “1 CENT” and Latin motto PARVA SUB INGENTI (The small under the protection of the great) are inscribed beneath a tall oak tree representing Great Britain, while three oak saplings symbolize the counties of Prince Edward Island. The Newfoundland Five Cent is set apart by its more ornamental design. Based on an 1880 issue, the reverse features the denomination “5 CENTS” and the date “2018” framed by an arabesque pattern. The New Brunswick One Cent bears a striking resemblance to the Nova Scotia One Cent. It, too, features St Edward’s Crown framed by a wreath of roses and mayflowers, but with a few slight variations, including the absence of the rosebud seen on the lower right side of the Nova Scotia cent.