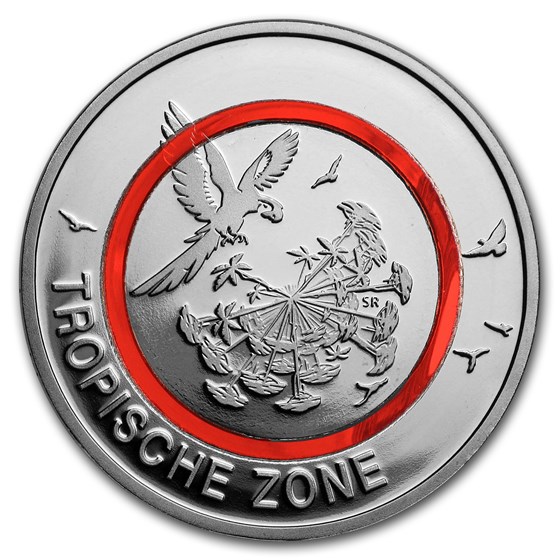 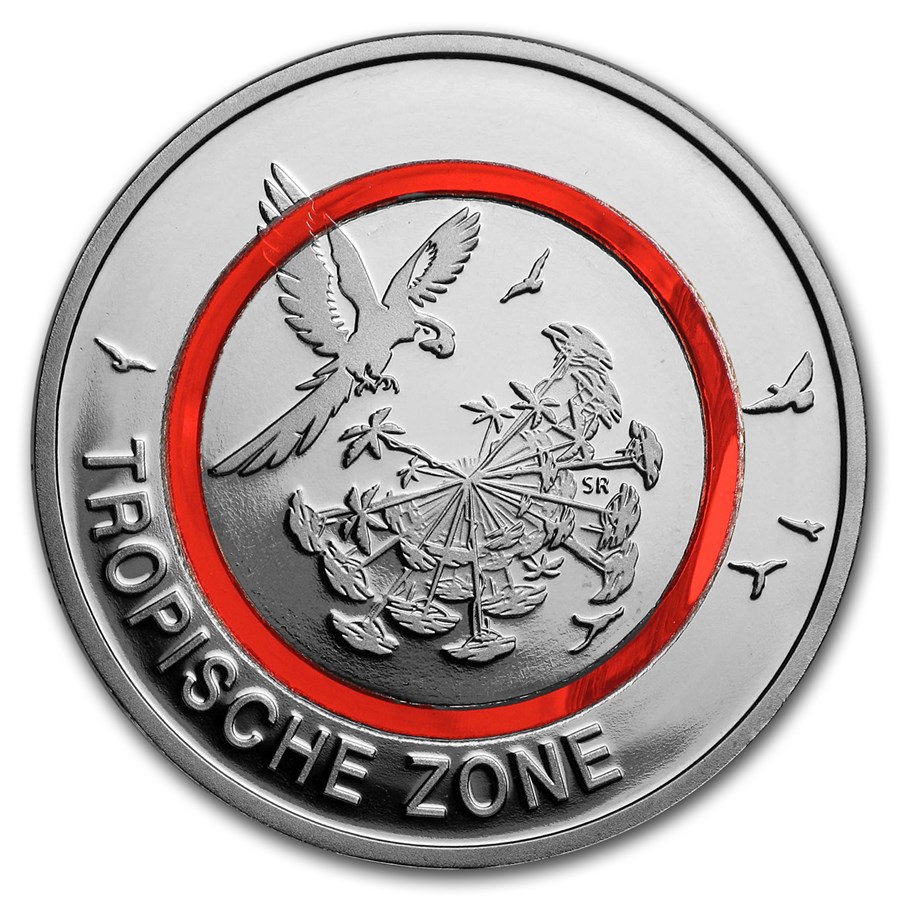 Product Details
Product Details
In November, 2016 the German government decided to continue the success of the Planet Earth coin featuring the polymer ring. The Tropical Zone 5 Euro coin was released in 2017 as the first of a 5-coin series.

Coin Highlights:
Protect your Silver coins from fingerprints by adding these cotton gloves to your order.

These coins are great for any collector of world coins. Add these German 5 Euro Subtropical Climate Zone coins to your cart today!
This design is a convincing portrayal of the subtropics with their wet winters and Mediterranean climate. The flora and fauna typically found in this climate zone, such as domesticated goats and the shrubland which is shaped by their activities, are faithfully depicted. The orange ring surrounds a typical Mediterranean pasture with a view of the coastline and the sea. The centrally-positioned tree represents the many "umbrella-crowned" species prevalent in this climate zone. The artist has succeeded in replicating the narrative character of the first coin of the "Climate zones of the Earth" series – "Tropical climate zone" – and has seamlessly incorporated the reverse side image into the theme."