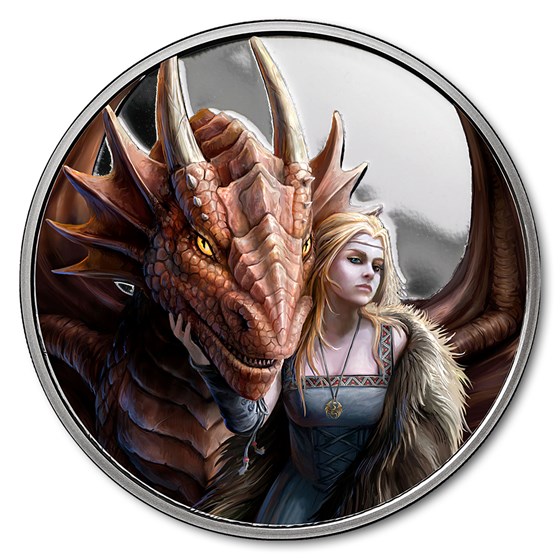 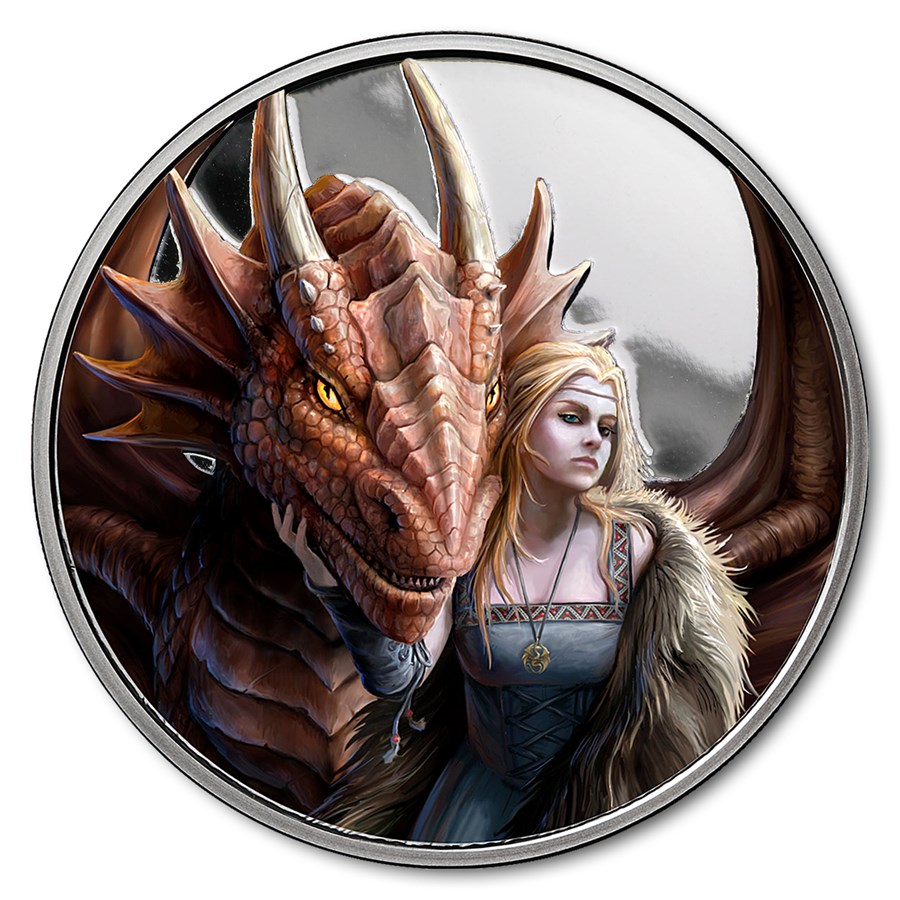 Your purchase is guaranteed to match the quality of the product shown. It will not be this exact item.
Product Details
Product Details
This is a design by Anne Stokes in the series featuring dragons. This colorized round only has a mintage of 2,000 worldwide and is an APMEXclusive®.

Protect and display your Colorized Silver round in style by adding an attractive presentation box recommended for this round.

Add this colorized 1 oz Silver Anne Stokes Dragons round to your cart today!

The fantasy art of Anne Stokes features life-like portrayals of art themes ranging from the romantic and mystical to the dark underworld of gothic subjects. Originally from London, England, Anne started her career as a merchandise designer for bands including the Rolling Stones and Queen.

Started collecting Anne Stokes and like them ever since, I just hope they keep coming up with new ones

Truly a gem of a collection! Better than expected- great quality / price- so thankful this collection was in stock & arrived very fast! Looking forward to future orders- Kevin

It's not just another beautiful silver coin; it's in color. I look at it every day because it pleases me; and I've ordered the next in the series. It's a great gift for the grand daughters - it teaches them the value of the bullion and the beauty of it's art.

This coin looks awesome, the next one looks great too. I think it will do very well over time.