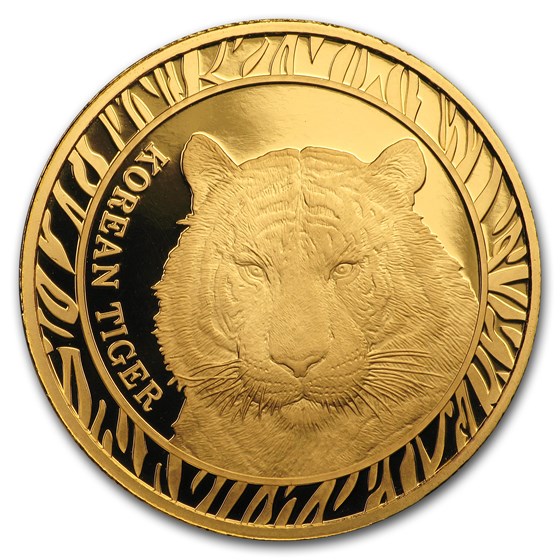 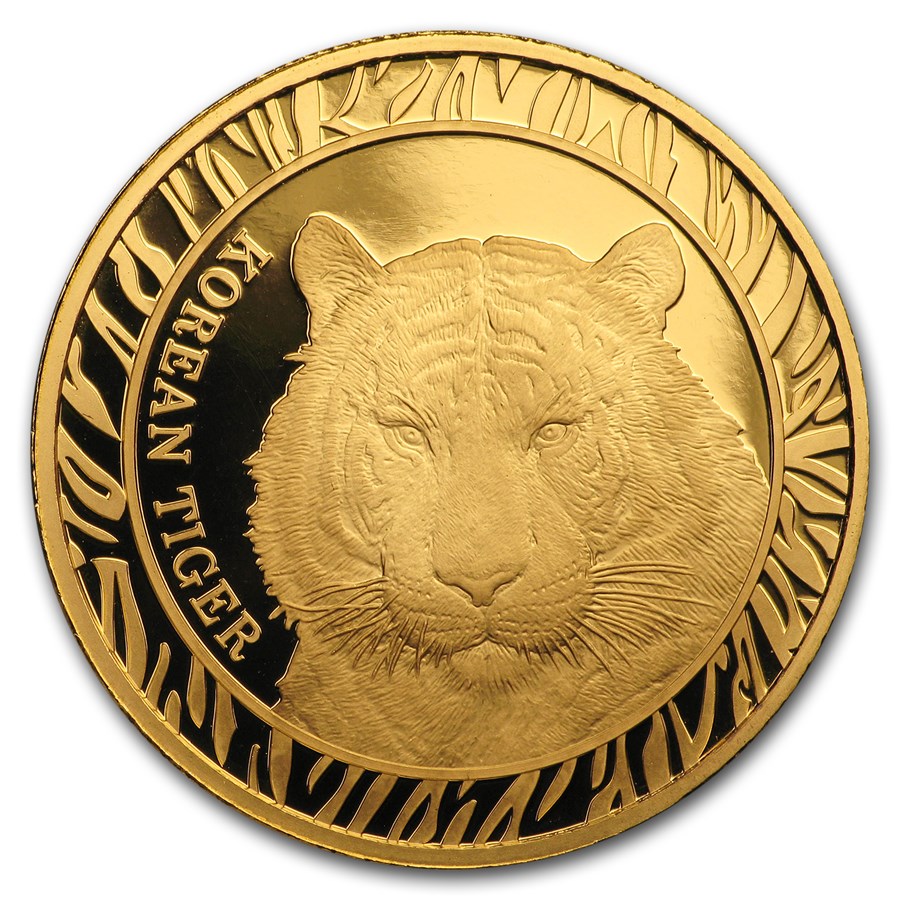 The country's first ever bullion release features the endangered Korean Tiger, also known as the Siberian Tiger. The legend says, that the last Korean Tiger was seen and hunted on Mount Daeduk in Gyeonju in 1922. According to statistics about 400 tigers remain living in the Far Eastern parts of Russia.

Don't miss the chance of owning the inaugural 2016 1/2 oz Gold release of Korea's Tiger bullion series. Add one of these Korean Gold Tiger medals to your cart today!