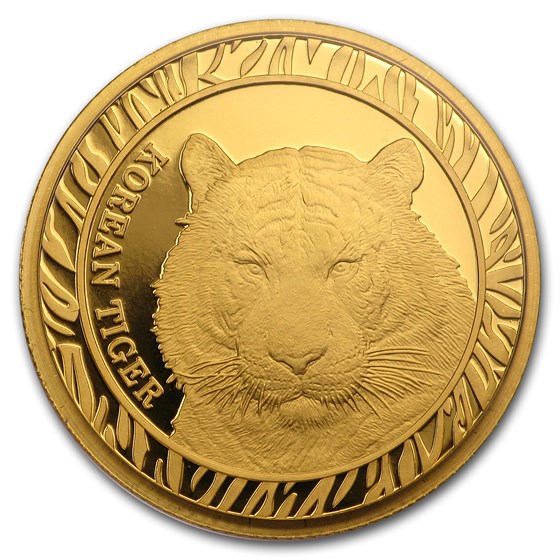 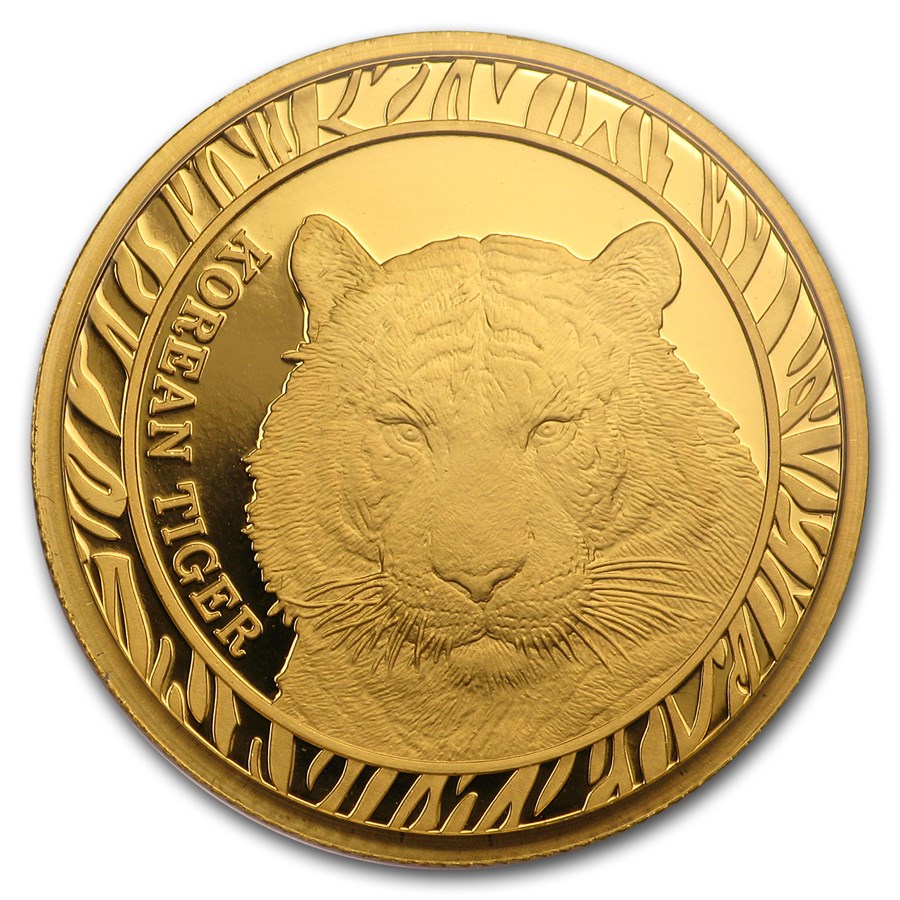 Your purchase is guaranteed to match the quality of the product shown. It will not be this exact item.
Product Details
Product Details
Famous for their Chiwoo Cheonwang Silver Bullion series, KOMSCO, the official mint of South Korea, launched their first Gold bullion series in 2016.

The country's first ever bullion release features the endangered Korean Tiger, also known as the Siberian Tiger. The legend says, that the last Korean Tiger was seen and hunted on Mount Daeduk in Gyeonju in 1922. According to statistics about 400 tigers remain living in the Far Eastern parts of Russia.


Protect your Proof Gold Tiger from fingerprints by adding these cotton gloves to your order.

Don't miss the chance of owning the inaugural 2016 1/4 oz Gold release of Korea's Tiger bullion series. Add one of these Korean Proof Gold Tiger medals to your cart today!

The tiger has been known as the animal that represents South Korea. There was no better fit than the tiger as the design for the bullion series produced by the official mint of the country. With the increasing demand for low mintage premium bullion, KOMSCO made the decision to extend its range of Tiger bullion medals with the addition of the 1 oz Silver Tiger in 2018.

Another lovely tiger coin. I wear it in a bezel setting. personally I like the 2017 design more.