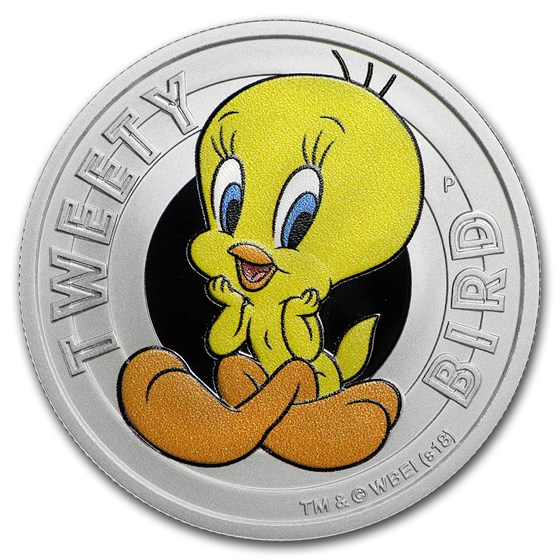 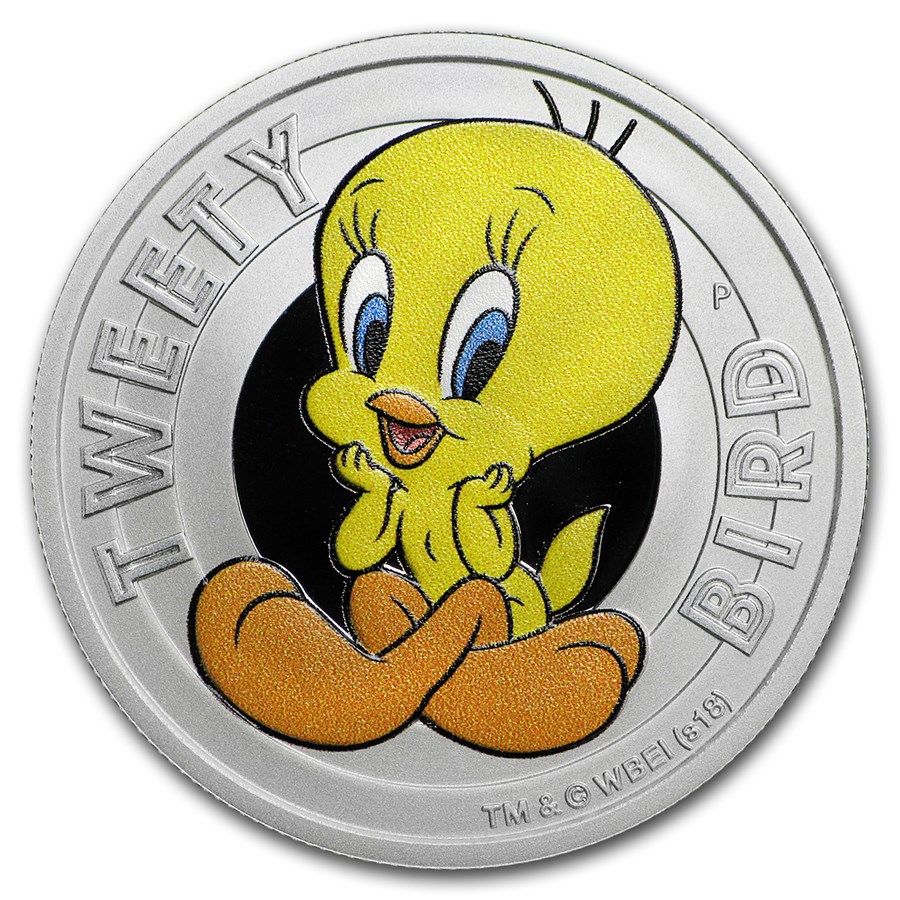 Early appearances of Tweety in Bob Clampett cartoons, portrayed him as an aggressive character who tried anything to the foil his foe. Later on, Friz Freleng began to soften the character not only in appearance but also made Tweety a crowd pleaser.

Since starring in 47 original Looney Tunes cartoons, Tweety has appeared in The Sylvester and Tweety Mysteries on the Kids’ WB network, and in Cartoon Network’s and Boomerang’s The Looney Tunes Show with his animated co-stars, as well as New Looney Tunes.

Stay tuned to collect them all. Order this 2018 Tweety Bird coin today!