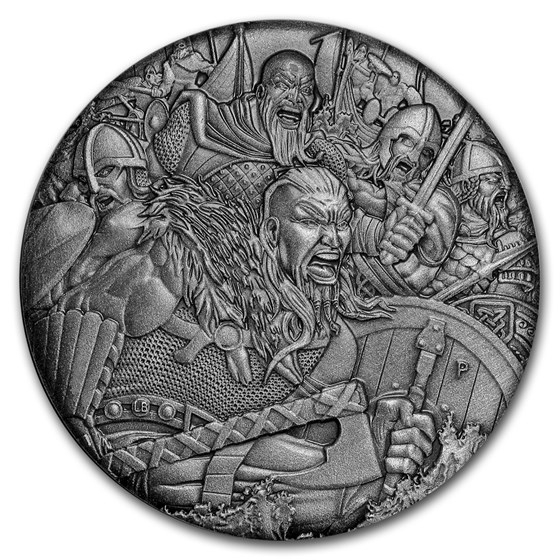 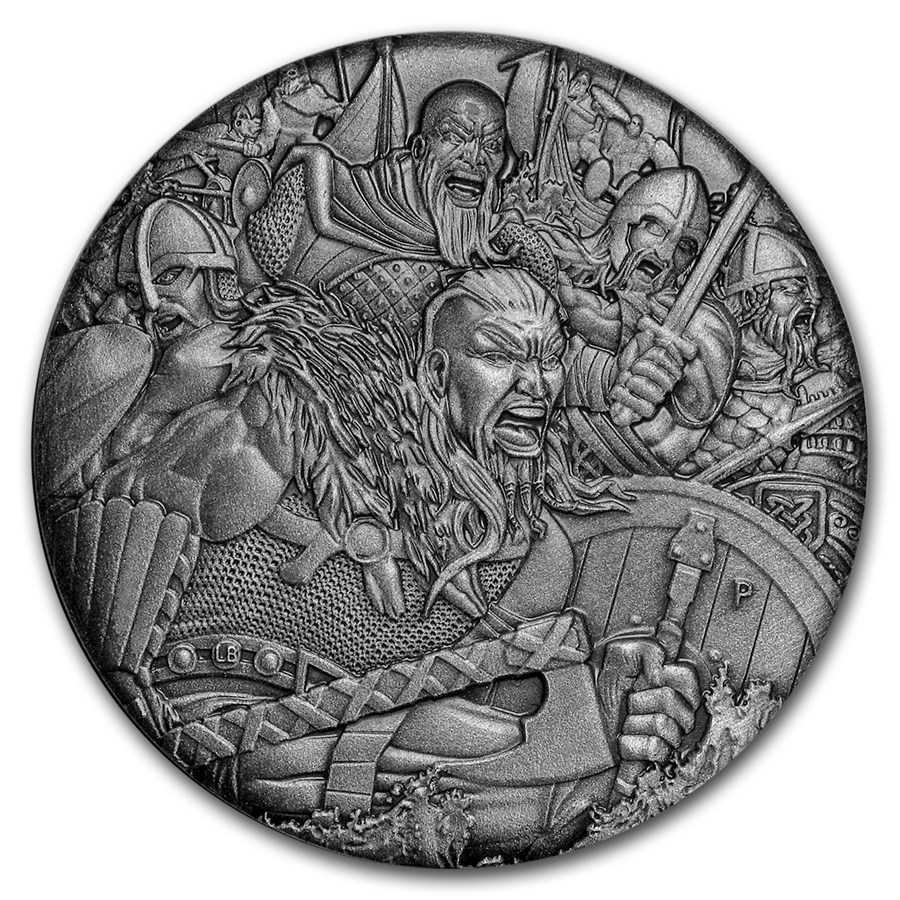 $31.31
As Low As
Product Details
Product Details
This coin is the second release in a new series from Perth Mint, the Warfare series. Each design is featured on a 2 oz Silver high relief rimless coin.

The term Viking, derived from the Latin for "sea robber", describes a race of people who emerged from the northern European region now known as Scandinavia during the 8th century. Already an advanced civilization rooted in Nordic pagan traditions, their growing population probably put pressure on land and resources. As clan rivalries grew more intense, some groups were inspired to build ships with the aim of seeking new lands and material gain.

Viking longships emerged from the fjords of Scandinavia as potent symbols of these fierce and determined people who were destined to dominate the Dark Ages. Typically, Vikings wore light armor in the form of mail shirts, scale armor or just as likely leather jerkins. Defensively they favored round timber shields, which may have been affixed along their ship’s gunwales while at sea.
The marauders were expert at handling swords, spears, knives and battle axes, their true forte. Used for chopping the heads off adversaries, these lethal weapons could also be thrown with deadly accuracy.

With a mintage of 2,000 coins, these are sure to be quick sell-outs from the Perth mint. Add this Vikings Warfare high relief coin to your cart today!

To capture the depth and detail of the design, the coin is struck in high relief to a rimless format, and has been individually antiqued to give it a unique finish conveying the surface abrasions of an ancient artifact. As a result of this treatment, the appearance of each coin may vary.