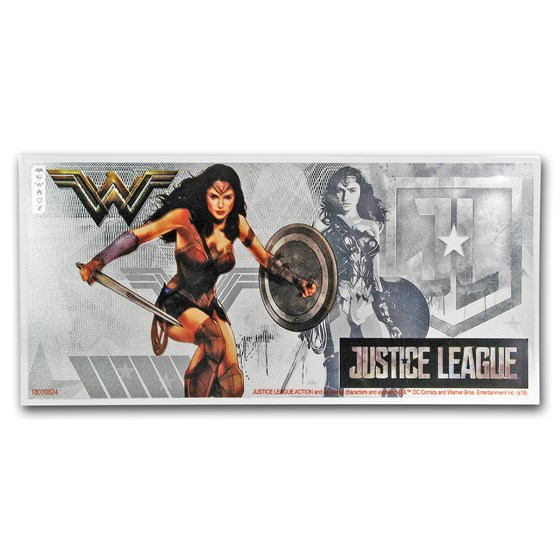 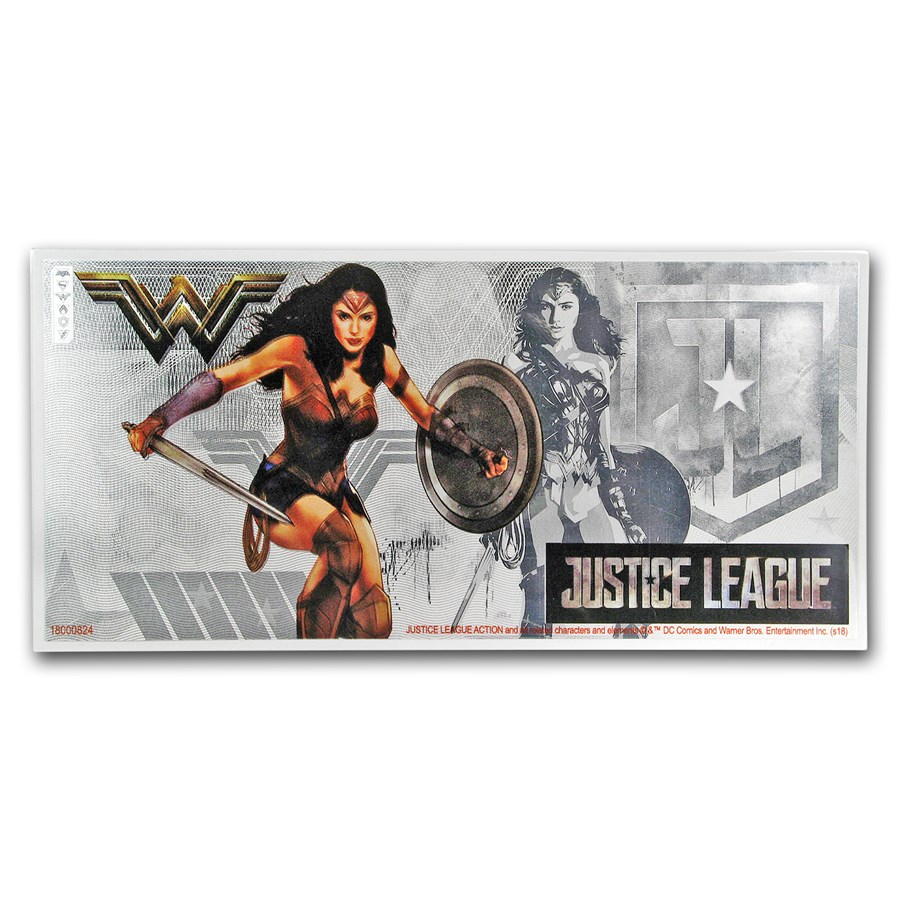 Note Highlights:
This fourth Silver foil note in the Justice League series is a must-have for any superhero fan. Add this 5 gram Justice League Wonder Woman Silver Foil Note to your cart today!

Obsessed with this note

I am absolutely obsessed with this silver note. Quality is extraordinary and the print of WW looks amazing. Can't wait for a WW84 note to be in the market.