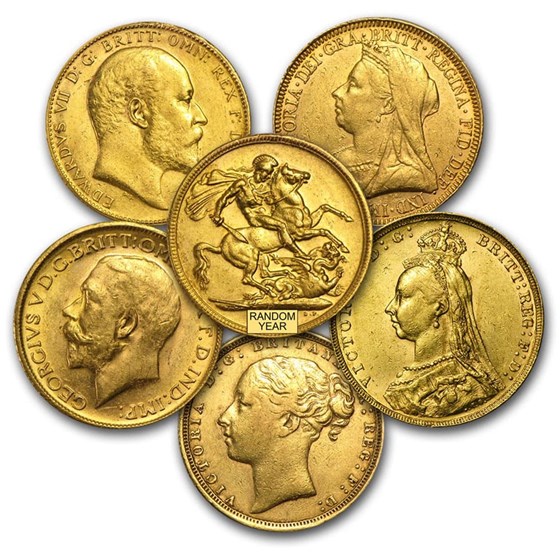 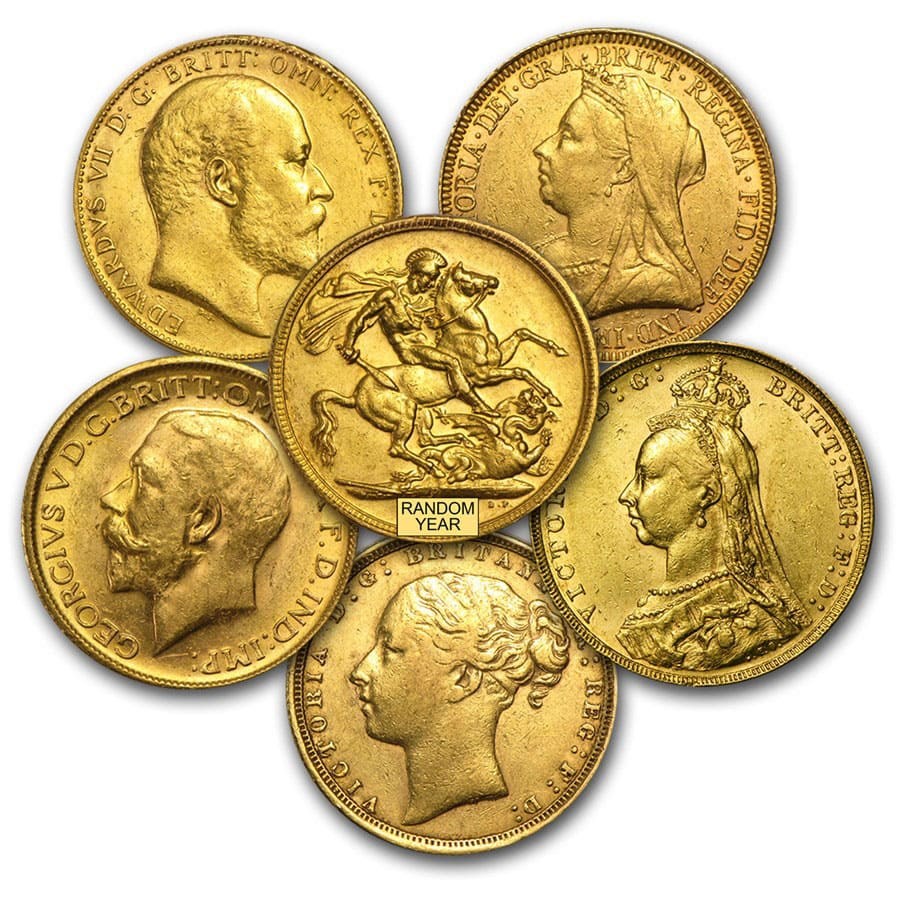 Protect your British Gold bullion in style by adding attractive capsules recommended for this coin.

Containing .2354 of an ounce of Gold and featuring iconic designs, it is easy to see why British Gold Sovereign coins are one of the most popular British Gold coins in the world. Add these historic coins to your cart today!


British Gold Sovereign Coin:
Gold Sovereigns can be an appealing coin for bullion investors and collectors alike for its prominent historical use as circulated currency within the British Empire and as an excellent store of value even today. Its name stems from the English Gold Sovereign, which predated it by more than two centuries. The new Sovereign was conceived as part of the Great Recoinage of 1816 to help stabilize the British economy following the upheaval due to military and economic wars with the various regimes of a turbulent France. The sovereign coins were to replace the Gold guinea and be worth 20 shillings.

The Italian sculptor Benedetto Pistrucci was commissioned by William Wellesley Pole, Master of the Royal Mint, to design this new coin. Pistrucci's St. George and the Dragon has been on each sovereign coin's reverse side ever since. The obverse features the reigning monarch at the time of minting. Tradition holds that the direction a monarch faces is always opposite of the monarch that came before. At increments smaller than a full ounce, British Gold Sovereign coins can also be a more affordable way to begin building your Gold investment portfolio.

Did not know what to expect; received what looks like a BU 1913 King George with beautiful luster and brilliance! Not a mark, scratch, or blemish...couldn't be happier!