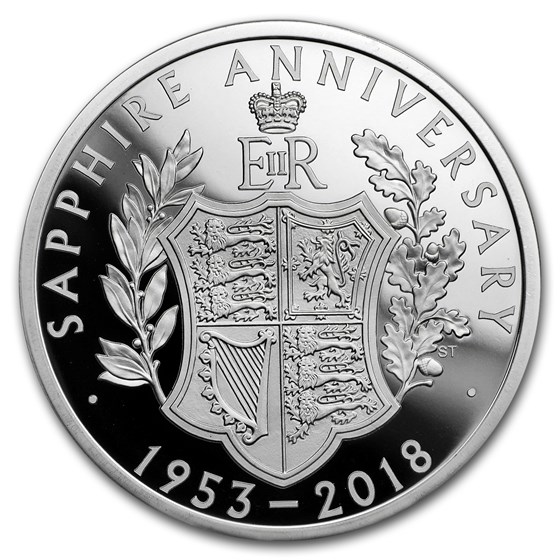 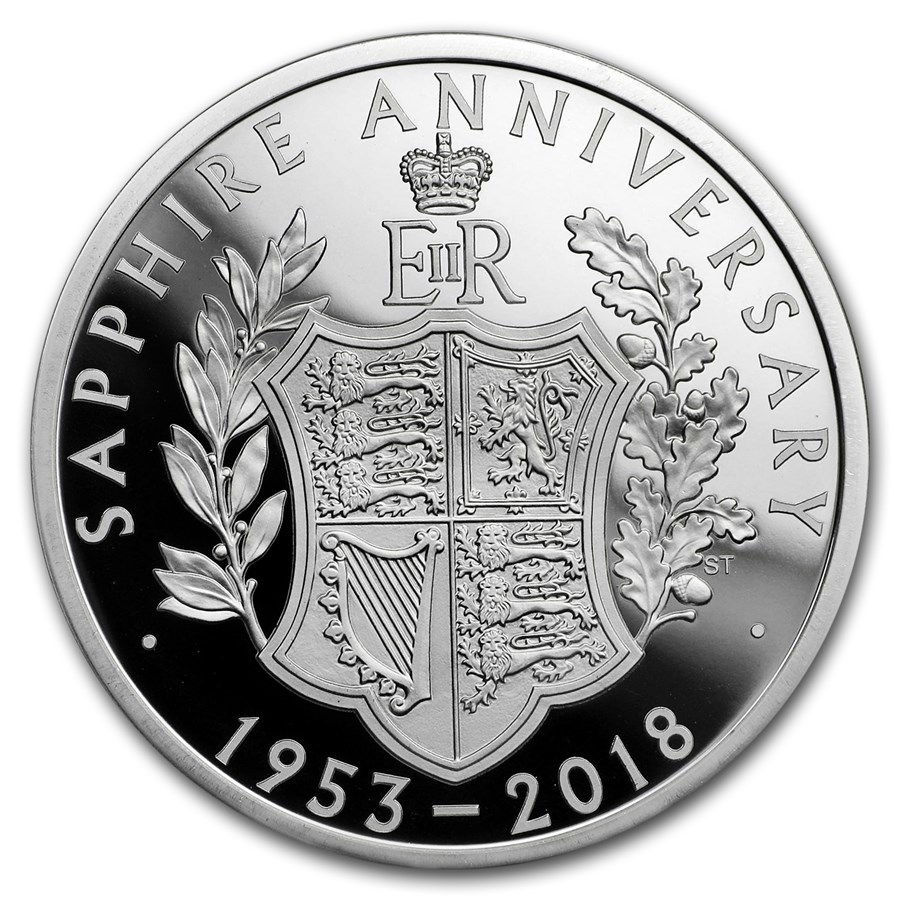 Coin Highlights:
Celebrate this historic moment with The Queen and add this £5 Proof Silver Queen's Sapphire Coronation Piedfort coin to your cart today!

The inspiration for the design came from the Coat of Arms on Westminster Bridge. The designer, Stephen Taylor, wanted an iconic, timeless and fitting design for such a historic and celebratory event. The Royal Standard also has a central role in the design.