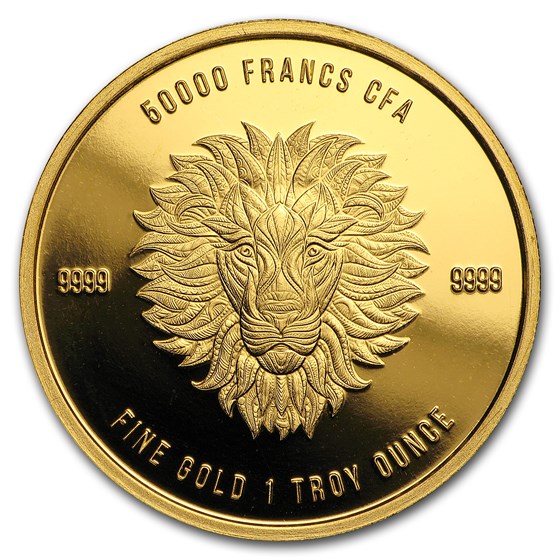 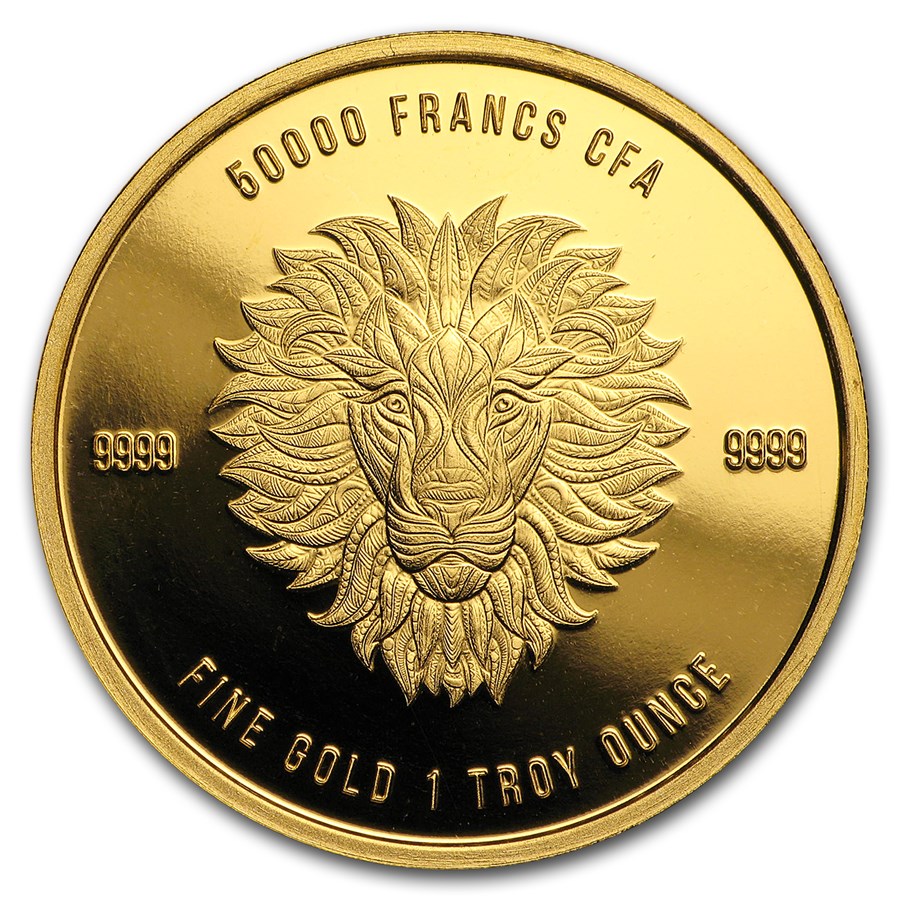 $1,906.19
As Low As
Product Details
Product Details
This first release of the APMEXclusive® Republic of Chad Mandala series features a striking image of the fierce Lion in 1 oz Gold. The 1 troy oz Gold coin has a limited mintage of 100 coins worldwide!

The fearless lion is a symbol for courage, bravery and power, and has been portrayed as such in various depictions since ancient times. The strength and resilience the King of the Jungle represents makes it the perfect animal to be featured on the first release of the unique Republic of Chad Mandala Wildlife coin series. Each coin in the series will have a unique design and different animal featured. The changing designs and limited mintages makes this series an enticing series for collectors and investors alike.

Coin Highlights:
Begin your collection of the anticipated Republic of Chad Mandala Wildlife series with the first release featuring the courageous lion in .9999 fine Gold. Add this 2018 Republic of Chad 1 oz Gold Mandala Lion to your cart today!

The Mandala Wildlife Series features 1 ounce Gold and 1 ounce Silver coins with unique designs of different animals, each with a beautiful mandala print. These coins have limited mintages, along with a changing design per release, adding to their collectibility. The Mandala Lion is the first release of the series, in both a 1 oz Silver and 1 oz Gold finish. Featured on the reverse of each coin in the Mandala Series is the coat of arms of the Republic of Chad.