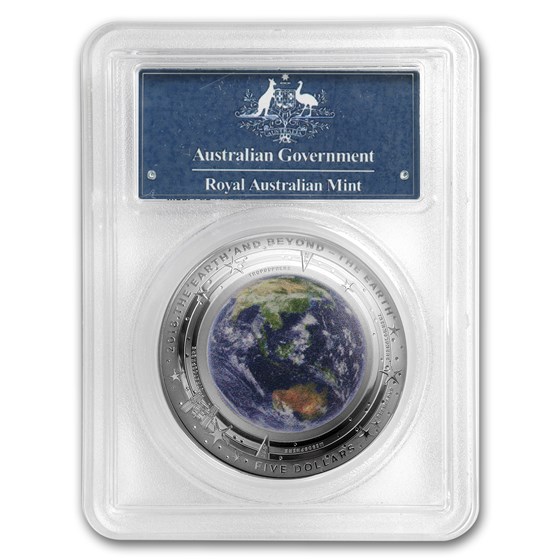 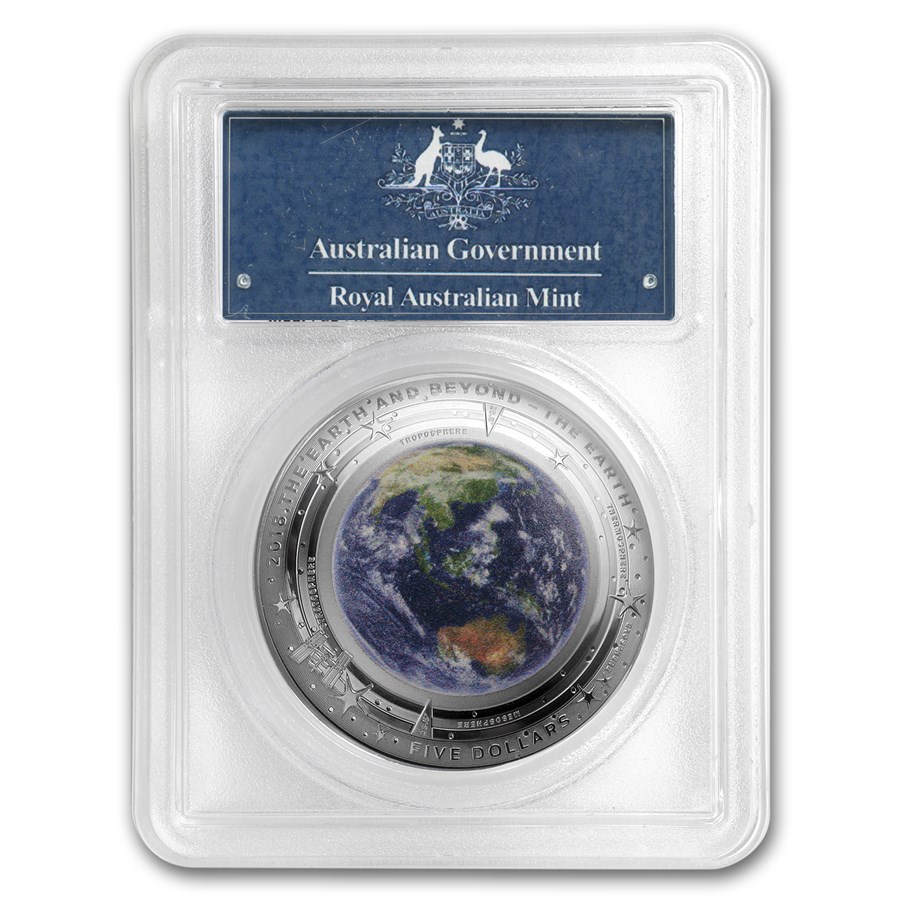 $26.83
As Low As
Product Details
Product Details
APMEXclusive® The first in the three coin The Earth and Beyond series, this .999 fine Silver coin is beautifully colorized, and graded a perfect 70 Deep Cameo First Strike by PCGS, housed in a slab with an exclusive Royal Australian Mint label.

Coin Highlights:
Following their sold out series of the Silver Southern Domed coins and Silver Northern Domed coins, the Royal Australian Mint has once again produced a coin enjoyed by all. Add the Silver $5 Australia Colorized Domed Earth coin graded PR-70 DCAM by PCGS with the First Strike designation to your cart today!

First in The Earth and Beyond Silver Domed coin series features our beloved home planet, the Earth. The beauty of our planet is displayed in a convex shape, giving a realistic look to the coin. Our planet Earth was thought to have formed around 4.54 billion years ago, with the first photograph of the full view of Earth taken on December 7, 1972. That famous photograph, called the "Blue Marble" was taken as the Apollo 17 crew left Earth's orbit for the moon, and shows a captivating view of the Earth.

Continue your collection of the Graded Earth and Beyond Silver Domed series with the second graded coin in the series, the Moon.