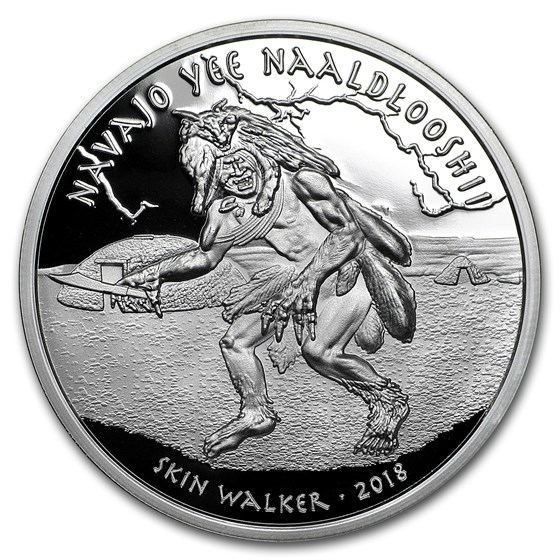 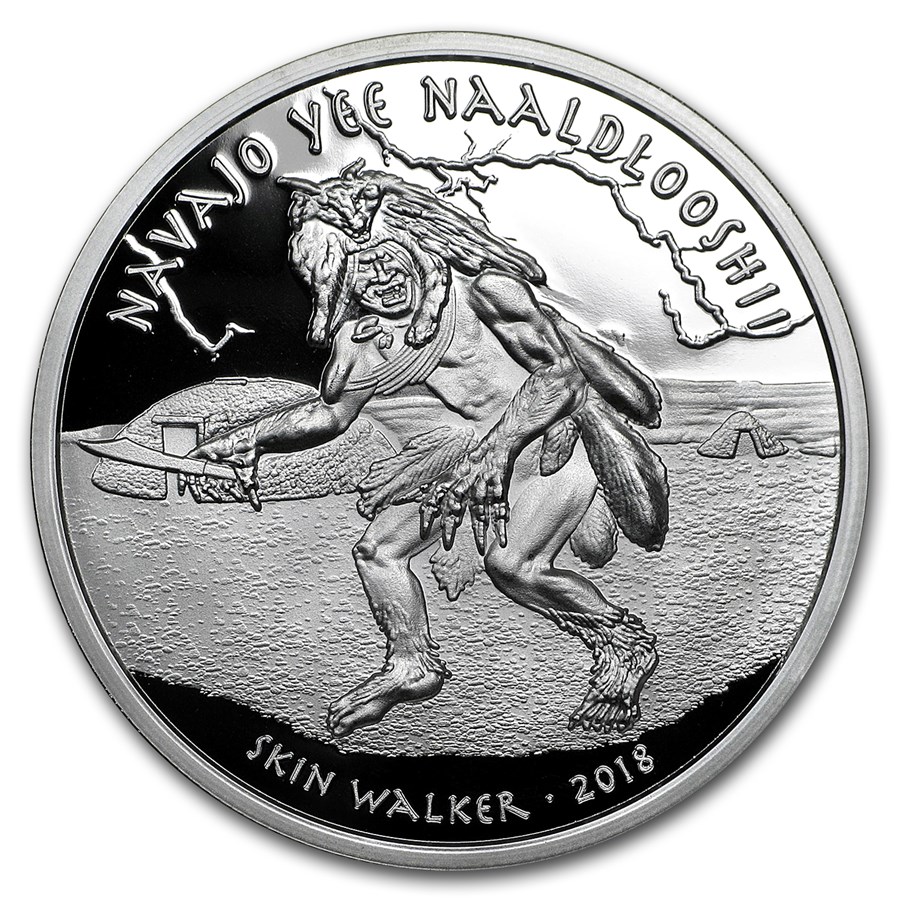 Your purchase will match the quality of the product shown.
Product Details
Product Details
The ancient lore of the indigenous peoples of North America are as varied and far-reaching as the continent itself. This exciting and terrifying new 8-coin series features the very legends that have haunted Native American tribes for generations.

The Yee Naaldlooshii, or Skin Walker in Navajo ancient folklore is often seen as a coyote, bear, mountain lion, owl, wolf, fox or crow. In most tales, the creature is a magical or cursed human being, usually a shaman who takes part in a heretical ceremony designed to summon evil forces, so that he may take characteristics of an animal including speed and strength. They are known to be evil and often are seeking revenge.

The designs on these Silver coins represent the ancient myths and nightmares of various Native American tribes. Add this unique piece of Native American culture to your cart today!

A bit pricier than the secondary market silver rounds I usually get but it goes towards helping Indigenous Americans so I'm happy with that. Also Halloween is approaching and I was in the mood to buy something monster themed.

This is a beautiful coin and very well done. I am looking forward to the next coin in this series. Very pleased that it was a limited run minted

Beautiful coin, I bought it before the mintage was released after trying to purchase it from the mint. Because of the higher premium, I have only sold a few that I purchased but I believe that will change now that I know that there is a mintage of 1000. It is a great gift they very big cultural story behind the myth.

very nice, bought four at the introductory price, my only complaint is they do not list the mintage. If i know its a low mintage coin i would buy several more.