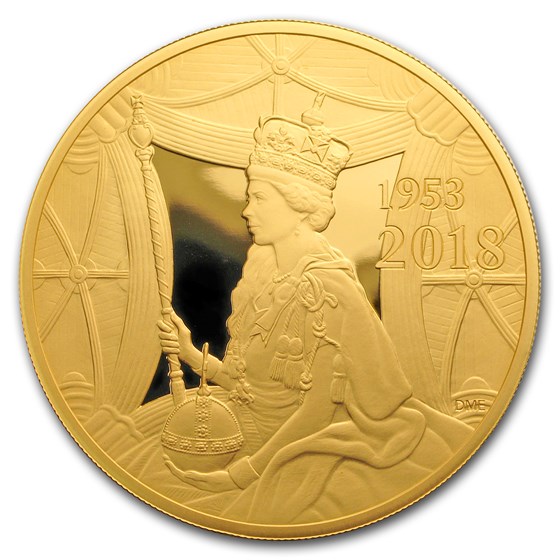 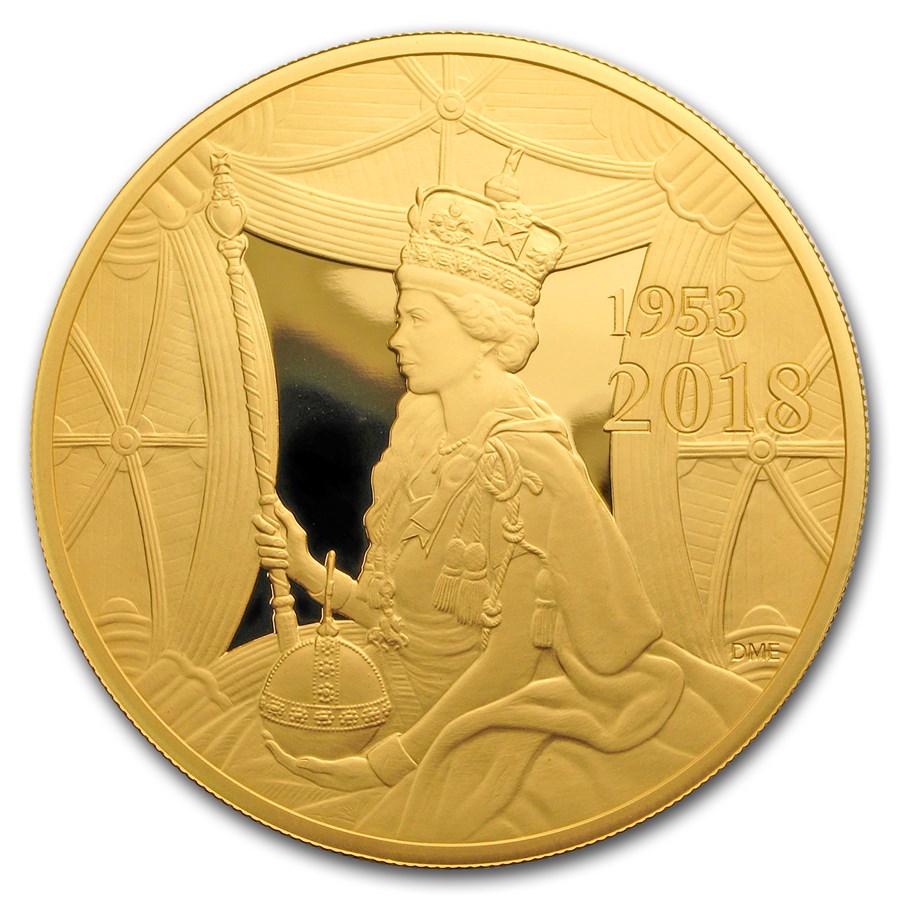 Your purchase is guaranteed to match the quality of the product shown. It will not be this exact item.
Product Details
Product Details
This 5 oz Gold coin is sold out at the Mint, and celebrates the 65th anniversary of The Queen's coronation, the first ever sapphire anniversary of a British royal coronation. There are only 80 of these coins worldwide in a limited edition presentation.

Coin Highlights:
Celebrate this historic moment with The Queen and add this £10 Proof 5 oz Gold Queen's Sapphire Coronation coin to your cart today!