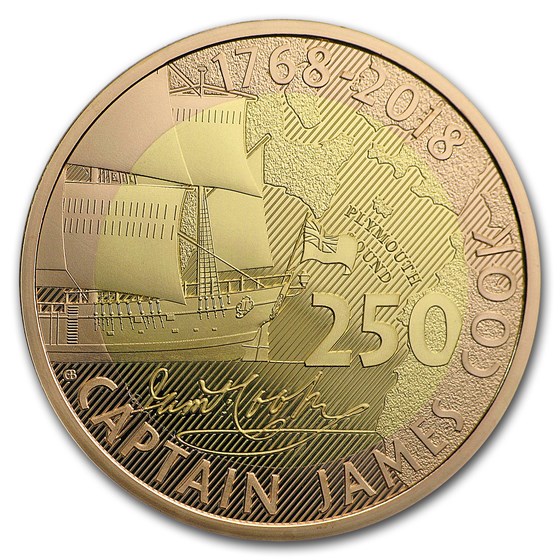 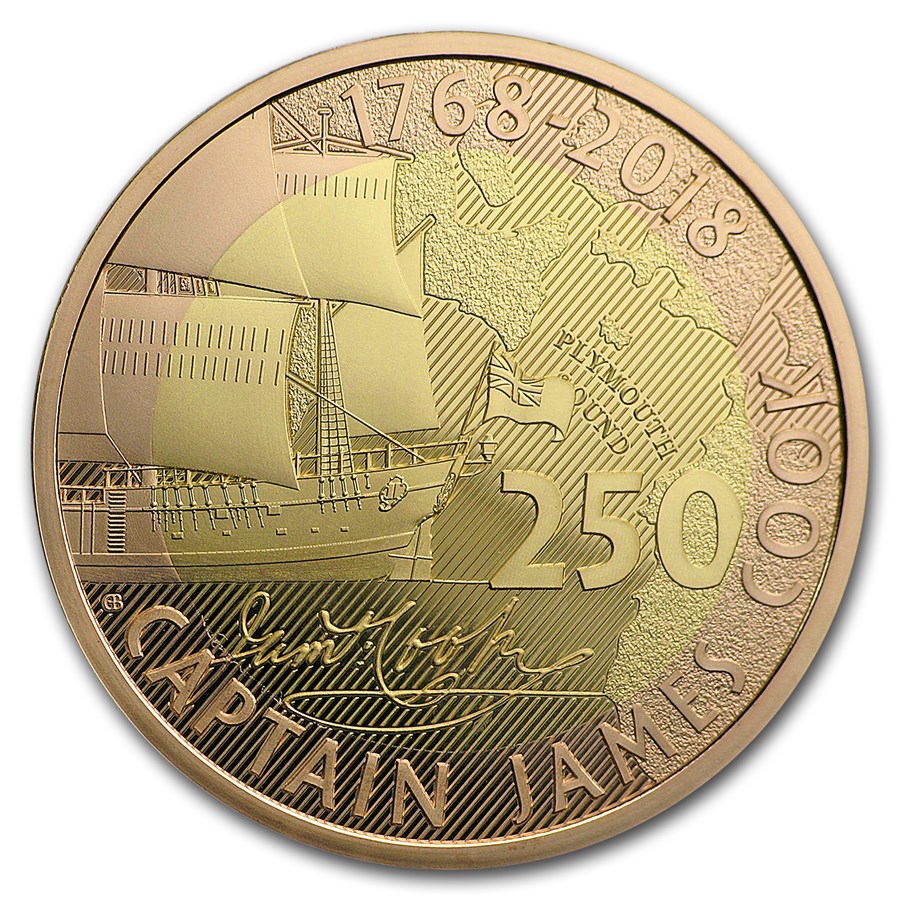 $2,141.39 $2,161.39
As Low As
16% Off The Premium
Product Details
Product Details
A three-year series by The Royal Mint celebrates the 250th Anniversary of Captain James Cook's Voyage of Discovery in real time. This first release has a limited edition presentation of 340 worldwide, and is struck in Gold.

Coin Highlights:
This three-part series commemorates the 250th anniversary of the famous explorer Captain James Cook embarking on his voyage for Tahiti. The three-coin series is designed so when the three coins are placed together, they will create a full image. This is the first time that Captain Cook has a appeared on a UK coin. Add this 2018 Great Britain £2 Gold Captain Cook coin to your cart today!

Each coin is struck in 22 karat Gold, and finished to a Proof standard.