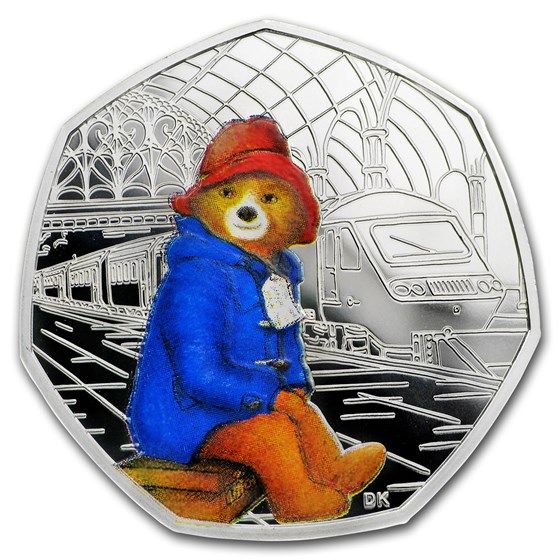 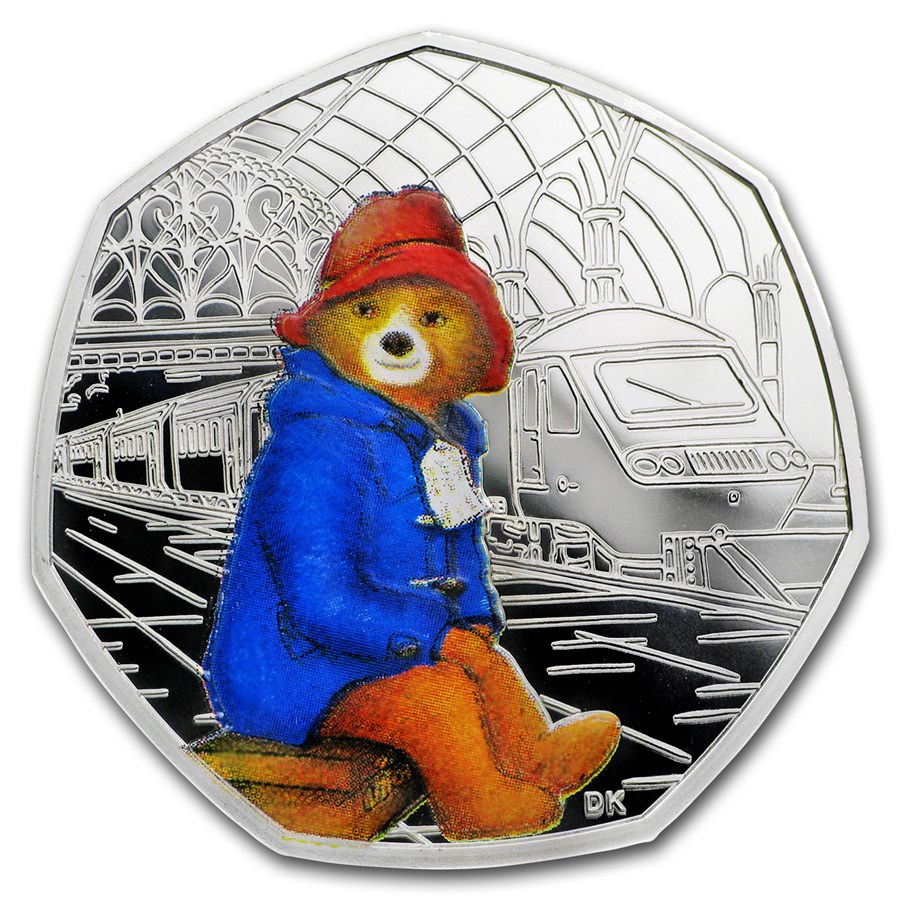 Your purchase is guaranteed to match the quality of the product shown. It will not be this exact item.
Product Details
Product Details
The Royal Mint is celebrating the 60th anniversary of Paddington Bear's first adventure with a two-coin series. This first coin features Paddington at the train station where his story begins.

Coin Highlights:
This two-coin series celebrates the 60th anniversary of the release of the book "A Bear Called Paddington". This first coin features Paddington where he first began his adventure at the train station where he first met the Browns. Add this 2018 Great Britain 50p Silver 60th Anniversary Paddington Bear coin to your cart today!