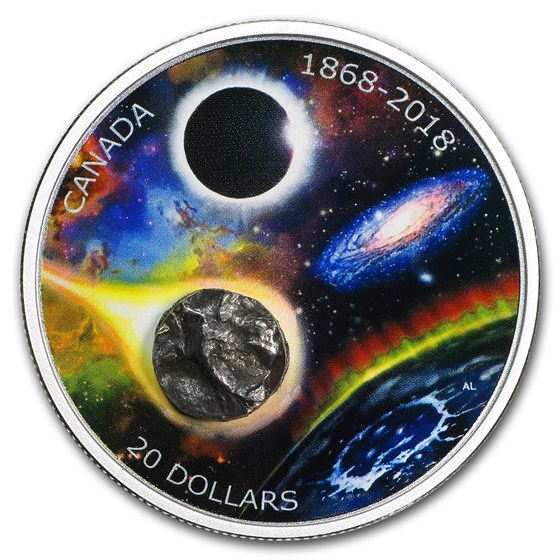 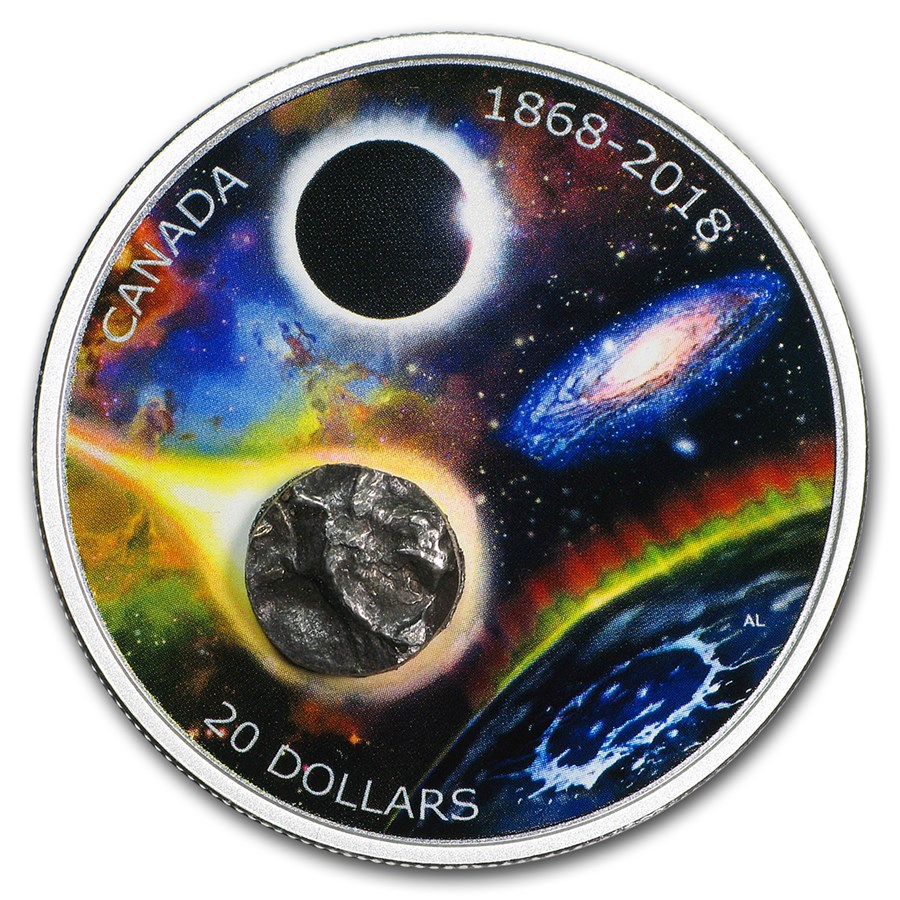 Your purchase will match the quality of the product shown.
Product Details
Product Details
Sold out at the mint! Celebrate the 150th anniversary of The Royal Astronomical Society of Canada with a realistic re-imagining of its sesquicentennial logo, topped with a meteorite fragment that is a tribute to the contributions of its members.

The reverse includes a guaranteed authentic meteorite fragment! Sourced from the Campo del Cielo meteorite field, the fragment likely made impact some 4,500 years ago, but it was originally part of an iron mass that is likely billions of years old. It’s an opportunity to own an extra-terrestrial piece of our solar system, one that is potentially as old as Earth itself.

Coin Highlights:
Own your very own piece of meteorite. This coin is perfect as a gift or for display in your home. Add this beautiful coin to your cart today!

The reverse design by Alexandra Lefort is a re-interpretation of The Royal Astronomical Society of Canada’s sesquicentennial logo in a scientifically accurate, photorealism art style. The original logo features stars that allude to Canadian contributions to stellar spectroscopy and photometry, and a globular cluster that honors the scientific work of Helen Sawyer Hogg and Canada’s cooperative partnerships; both are colorfully re-imagined here as the Eagle Nebula, specifically the pillars of interstellar gas and dust known as the Pillars of Creation, where the formation of new stars is a symbolic representation of the RASC’s beginnings (and by extension, its anniversary).

A fixture in RASC public outreach efforts, the Moon was chosen to represent the lunar calendars of the First Nations peoples, and the navigational astronomy that guided many European discoverers during Canada’s early history. Beneath it, the Andromeda galaxy, the nearest major galaxy to our own, is a symbolic ode to Canadian contributions to cosmology.