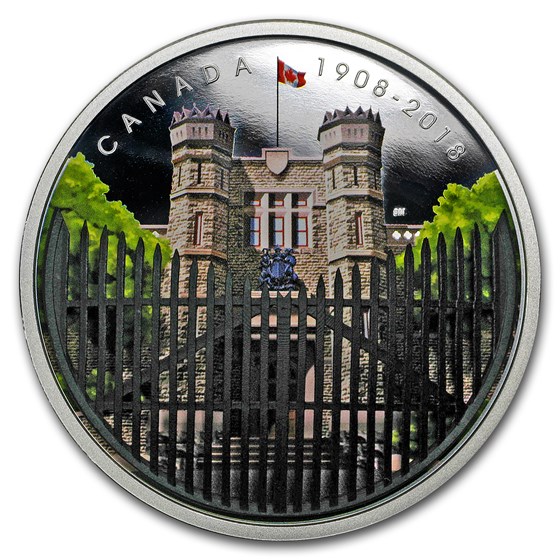 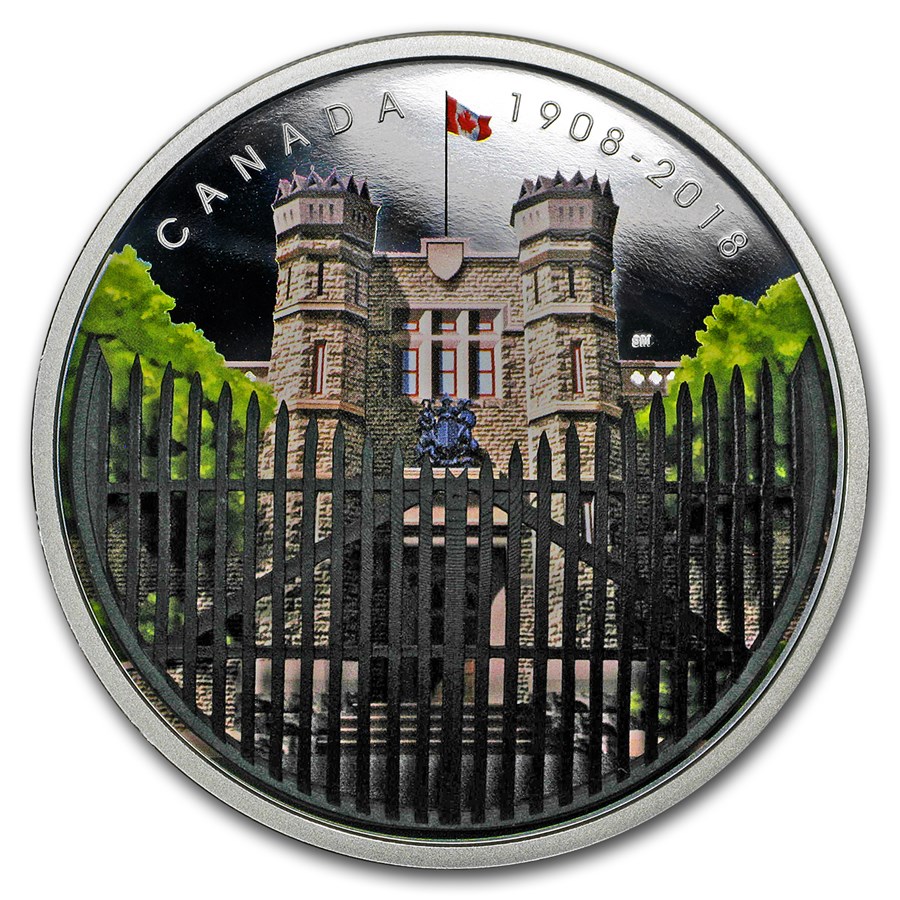 Product Details
Product Details
This visually striking coin creatively commemorates the 110th anniversary of both a Canadian institution and a historic site: the Royal Canadian Mint.

In the heart of Ottawa, Ontario, an imposing wrought-iron fence guards a fortress-like complex where history is both made and commemorated. In honor of the Royal Canadian Mint’s 110th anniversary, this filigree gate-themed offering pays homage to the heritage building that has borne witness to our historic milestones, along with the wrought-iron gates that have safeguarded it since 1908.

Add the 2 oz Silver $30 110th Anniversary of the RCM coin to your cart today!