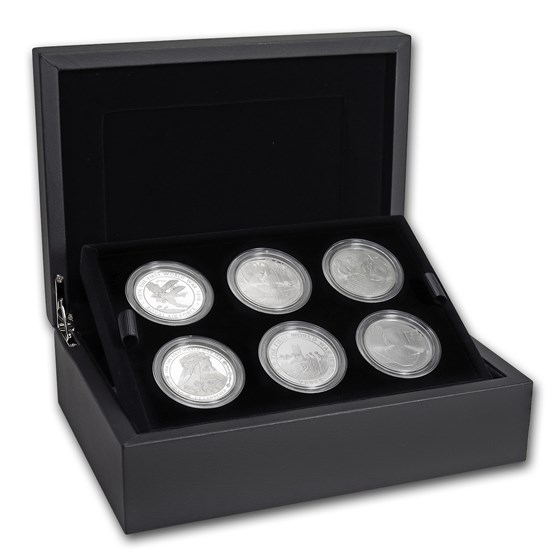 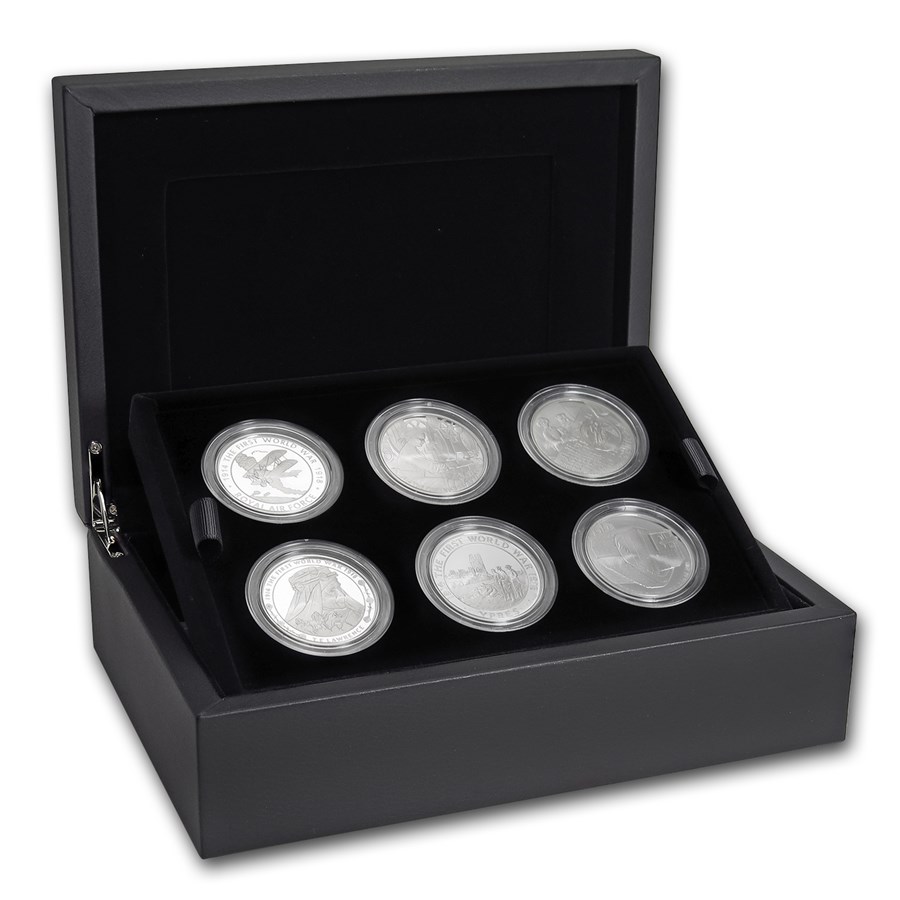 Your purchase will match the quality of the product shown.
Product Details
Product Details
This six coin set is the fifth and final release of a five-year series by The Royal Mint, bringing awareness to the First World War from outbreak to armistice. This 2018 release commemorates the 100th anniversary of the armistice, signed in 1918.

Coin Highlights:
Commemorate this 100th anniversary of the historic Armistice with this limited edition six-coin set. Add this 2018 100th Anniversary of the First World War Proof set to your cart today!

Two of the coins in this set pay tribute to the women left behind in factories and as grieving widows. Another coin features a tank, which symbolizes technological advancements of wartime. The bi-plane coin represents the newly-formed Royal Air Force in the First World War. The coin featuring T.E. Lawrence, also known as the "Lawrence of Arabia", celebrates the hero of the time, and lastly, there is a coin to honor those fallen at the battles of Ypres.